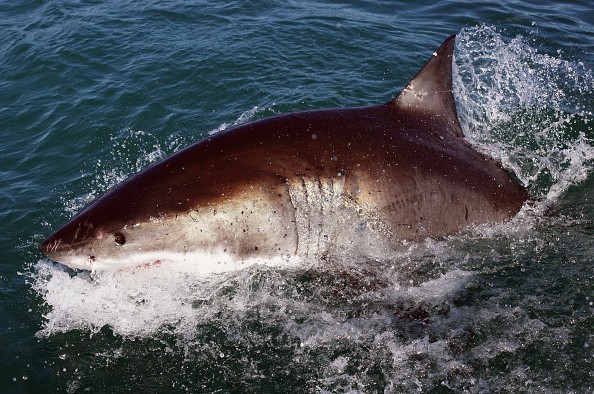 Great white sharks are among the wonders of the ocean. Known for their predatory instincts, these creatures are often thought of as imposing and threatening. But these marine experts were more than thrilled to discover what might be the world's largest shark!

An amazing specimen was filmed close to Guadalupe Island, off the Mexican peninsula of Baja in 2014. As a gigantic shark got closer, the researchers leant out of the safety cage a little bit to come in contact with him and gave him what seemed like a high five!

An unbelievable series of events, which he posted on Facebook recently went viral in no time. The shark, whose name is Deep Blue, is almost 23 feet long, over 5 times the average for the species.

As per experts, Deep Blue is a female and can be effortlessly noticed because of a series of deep scars on her back. There is a possibility that these are caused by her fellow sharks during mating season.

Also Read: Great White Sharks Are Turning Up Dead Without Their Livers

The shark is 50-year-old and it has been used for more research and the researchers who made effort to track its movements tagged her. It is also disclosed that the female was possibly pregnant when the pictures were taken, and this made the shark even bigger.

President of the Marine Conservation Science Institute of Waikoloa, Hawaii whose name is Michael Domeier, explained that in the footage, it appears the diver was not able to resist the temptation to lean out and make contact with the shark, but what occurs when diving along with sharks is that one has to reach out and create a good distance from it.

Guadalupe is an island situated 164 miles west of Ensenada, Baja, California. Although it is a habitat to lots of variety of marine wildlife, the largest great white ever seen in the region is still the Deep Blue. 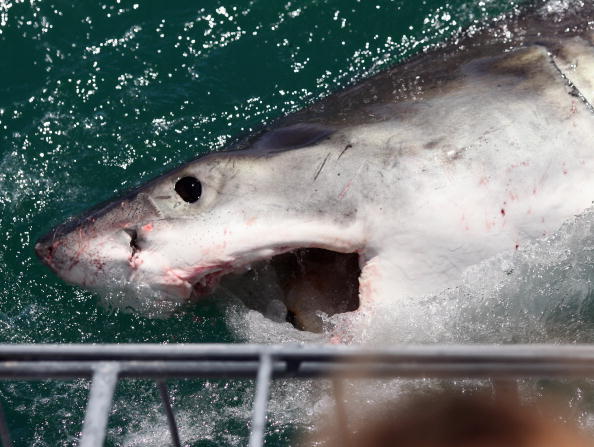 Great white sharks are found in cool, coastal waters all over the world and they are Earth's largest predatory fish. In length, this aquatic animal grows to an average of 15 feet, though specimens that are over 20 feet and weigh up to 5,000 pounds have been discovered.

They possess upper bodies that are slate-gray in color so as to mix with the rocky coastal sea floor, but their name is derived from their white underbellies.

Great white sharks are streamlined, torpedo-shaped swimmers that possess strong tails capable of moving them through water bodies at up to 15 miles every hour. They can even get away from the water entirely, breaching as whales do when hunting prey from underneath. They prey on other sharks, molluscs, crustaceans, and sea birds.