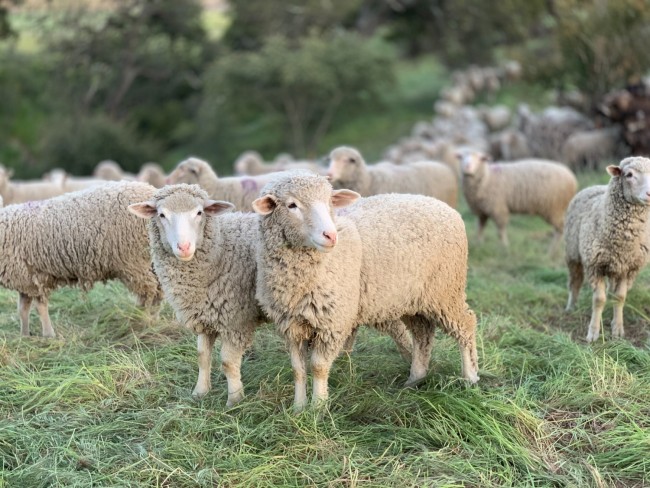 Due to Covid-19 limitations, an Australian sheep farmer was unable to attend his dead aunt's burial, but he discovered a creative way to say his goodbyes.

The Sydney Morning Herald cited him stating, "I sort of felt a bit helpless, a bit stumped about how I could show my affection and love for my dear aunty Deb."

To show his affection for his aunt, Jackson herded his sheep into a huge heart pattern.

"I just hope that when I did it, Debbie took one eye off from having a yarn with her loved ones up there and looked down and saw my heart for her," he said.

Giant Heart Formation of Sheep as Show of Affection

The shape of the exhibition of affection, on the other hand, needed numerous trials and "guesswork" to construct with cattle. He released his sheep after scattering grapes in the shape of a heart.

A drone recorded the giant heart formation of sheep on film, which has now become popular on social media.

On Tuesday, Jackson posted the video on Instagram, writing, "I made this for my Aunty Deb. We said goodbye yesterday. I hope you had a peep down and saw this from up there. Bridge over Troubled Water by Simon and Garfunkel was one of her favorite tunes."

The video, along with her favorite song, was played during her aunt Deb Cowdery's funeral. According to the article, several individuals were moved by the funeral. Jackson says he is not a "grief specialist," but that he was deeply affected.

In his drone collection of sheep artwork, Jackson said her aunt would be thrilled to see so many people enjoying and adoring his work.

Australia successfully adopted COVID-zero methods in 2020, effectively eradicating the coronavirus through stringent border closures, lockdowns, and extensive testing and contract tracking. Eighteen months after the epidemic began, Australia still implements the most stringent restrictions for even the tiniest viral flare-ups.

On May 24, officials in Melbourne discovered four COVID-19 infections, ending an 86-day period in which the state had not recorded a single case. Following the discovery of 26 local cases, the government declared its fourth state-wide lockdown since last year, halting schools, shuttering most private businesses, and prohibiting all public gatherings.

The most recent lockdown appears to be working. In Victoria, the number of cases has decreased, and the state has begun to relax restrictions this week, allowing some private companies to reopen and removing prohibitions on small, private meetings.

Australia, a country of 25 million people (about the population of Texas), has had slightly over 30,000 cases and 910 fatalities since the outbreak began. In comparison, Canada, has had over 1.4 million infections and over 26,000 fatalities. Although Australia's ultra-conservative policy has undoubtedly saved lives, it may now find itself isolated compared to nations like the United States, where growing vaccination rates are hastening, reopening plans, and fueling economic recovery, even as the virus continues to spread.