Cockatoos and Rainbow Lorikeets at War For the Perfect Nesting Place

In most regions of Australia, the housing market is famously competitive. You might be shocked to find that we humans aren't the only ones that face such challenges.

Many birds are presently looking for the finest nesting locations as spring approaches, maybe a bit sooner due to climate change.

It's difficult enough for birds to build nests out of leaves and twigs in shrub and tree canopies, so imagine how difficult it must be for species that nest in tree hollows.

They're looking for hollows that are just the correct size and location. The battle for these premium places is fierce. 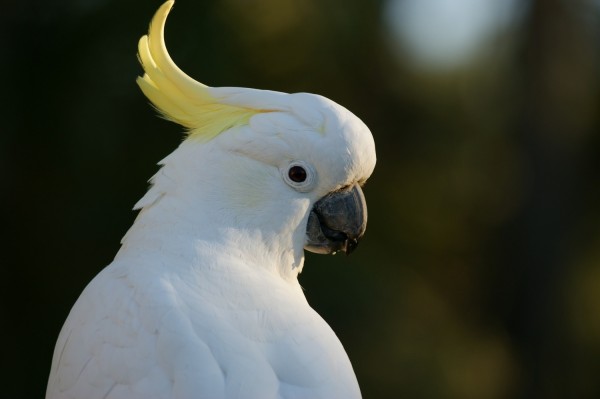 Sulphur-crested cockatoos, Cacatua galerita, are huge birds; therefore, the hollows they use to build their nests must be large as well.

Large hollows, however, are only seen in ancient trees.

The hollows in the eucalypts where many native parrot species nest can take 150 years or more to become large enough to support nesting sulphur-crested cockatoos. As ancient trees on farms die and old trees in cities are removed for urban expansion, such old trees are becoming increasingly rare.

Sulphur crested-cockatoos are frequently seen fighting over hollows in trees in late winter and early spring.

Related Article: Cockatoos in Australia are Learning How to Bin Dive For Food From Each Other

These fights may be pretty loud and chaotic. But, if the site is good, they can endure anywhere from a few minutes to over an hour. When a couple of birds takes possession of a nesting site and begins to defend it, things tend to settle down.

Because sulphur-crested cockatoos can't reproduce without a nesting hole, the stakes are enormous.

Rainbow lorikeets, Trichoglossus moluccanus (or Trichoglossus haematodus), have increased their distribution in regions of south-eastern Australia in recent decades. Sulphur-crested cockatoos are frequently seen arguing with them over a hollow. 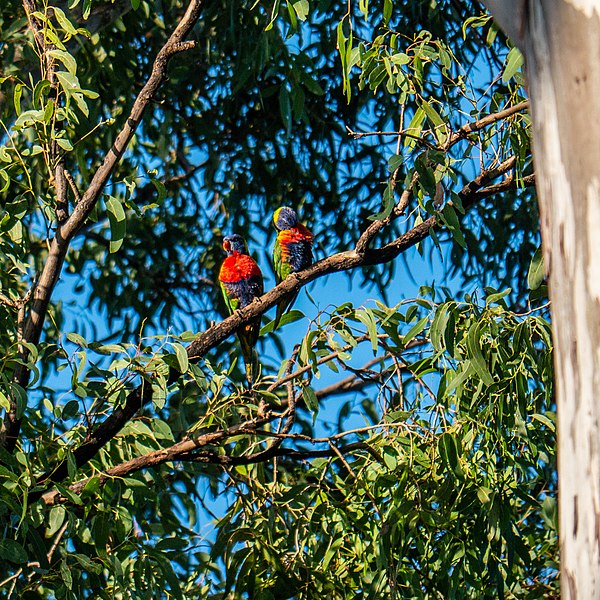 The din may be overwhelming, and if you pay attention, you'll notice both comedy and drama. The lorikeets generally succeed and drive the sulphur-crested cockatoos away, but all is not lost for the lorikeets.

Sometimes the hollows are inappropriate for the cockatoos - typically because they are too tiny - and the lorikeets take up residence a few days later. Larger hollows are more valuable since they are uncommon. 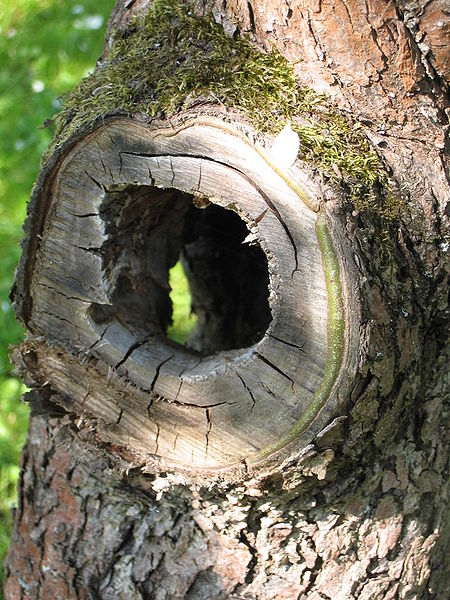 Many hollows start at the stubs of branches that have been lost either naturally or as a result of storm damage. As a result, the wood at the branch's center frequently lacks protective defenses and deteriorates, while the healthy tree grows over and around the hollow.

Other hollows form as a result of damage to the trunk or a big branch or from lightning or insect attack. In addition, parrots will frequently peck at the hollow to widen or prevent it from filling in-just some routine house upkeep.

Sulphur-crested cockatoos are frequently spotted pecking at the junction of big branches and trunks on ancient trees. They have the potential to cause significant harm. When this region starts to decompose, it might become an excellent nesting site in the future.

Unfortunately, the bird may have to wait another century or two, and the tree may lose the limb in the meantime. However, cockatoos appear to be long-term thinkers who plan for future nesting locations.

Some tree species are the location of frequent conflicts in the local fights for parrot nesting places.

Sugar gums, Eucalyptus cladocalyx, were widely planted in southern Australia as wind barriers, and they were frequently lopped to create a bushier habit that offered more shade.

In Need of Proper Nesting Places

Poor pruning frequently results in hollows and cavities, which are now excellent for nesting, leading to a poor tree structure. As a result, sugar gums are being removed in many country towns and peri-urban areas, and nesting places are being destroyed (usually the areas around the edges of suburbs with some remaining natural vegetation or the areas around waterways).

Along our streams and rivers, old river red gums (Eucalyptus camaldulensis) make excellent nesting places. They are so huge that even the biggest birds find them suitable nesting places.

These, too, are aging and decreasing in many areas, as riverine ecosystems suffer in general. Even the old elms, Ulmus, London plane trees, Platanus x acerifolia, which were previously lopped back to main branch stubs each year, resulting in hollows, are vanishing as old blocks are cleared for townhouses.