A Seychelles giant tortoise, previously thought to be strictly herbivorous, was seen chasing and eating a fledgling bird in a "horrifying and magnificent" attack, with researchers claiming it was the first known evidence of the species' deliberate hunting in the wild.

The female giant tortoise stalks a lesser noddy tern chick on Fregate Island in July 2020, snapping at it unsuccessfully before delivering a deadly bow by clamping its jaws directly around its head.

Fregate Island, privately owned and maintained for ecotourism, is home to roughly 3,000 giant tortoises. Other tortoises have been seen in the vicinity carrying out similar attacks, but no tortoise species has ever been actively chasing prey in the wild. 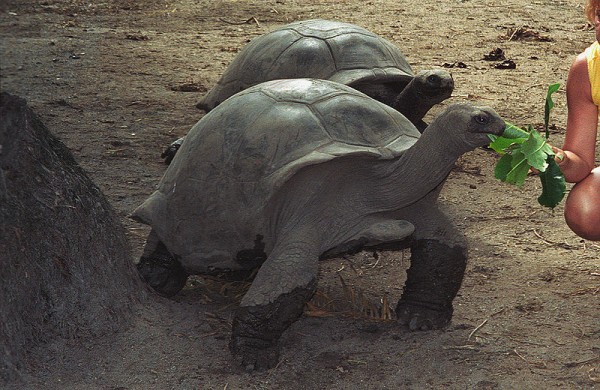 According to research published in Current Biology, the Seychelles giant tortoise belongs to the species Aldabrachelys gigantea, which is "generally thought to be strict herbivores."

The study was directed by Dr. Justin Gerlach, director of studies at Peterhouse, Cambridge, and an affiliated researcher at the University of Cambridge's Museum of Zoology. "This is entirely unexpected behavior, and it has never been seen in wild tortoises before," he said.

The unique mix of a tree-nesting tern colony and a resident giant tortoise population on Seychelles' Fregate island, according to researchers, is driving this new hunting behavior.

Previously, all tortoises were considered vegetarians, although they have been seen opportunistically grazing on carrion and eating bones and snail shells for calcium.

Seabirds have been able to recolonize the island thanks to extensive habitat restoration, and there is now a colony of 265,000 noddy terns that leave the ground "littered with dropped fish and babies that have fallen from their nests."

In most cases, potential prey is too swift or nimble for giant tortoises to catch. The Seychelles giant tortoise approached the chick on the log. However, biologists believe this type of interaction occurs frequently. Giant tortoises are the greatest herbivores on the Galápagos and Seychelles islands, eating up to 11 percent of the flora. 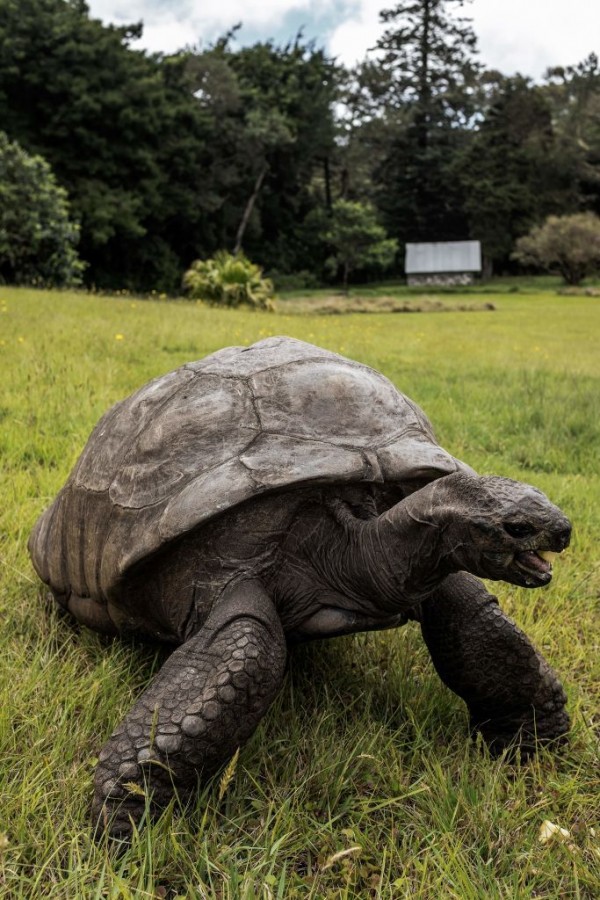 "These days, the combination of tree-nesting terns and giant tortoise populations on Fregate Island is unusual," Gerlach added. However, our findings show that when ecosystems are restored, completely unanticipated interactions between species may emerge - things that likely happened frequently in the past but we've never seen it before."

According to Gerlach, the video could show a "population of tortoises evolving a novel sort of behavior with evolutionary ramifications," according to Gerlach. However, the resurgence of seabird and tortoise populations could also have "recreated conditions for natural behaviors that people haven't seen in hundreds of years."

The contacts of naturalist Charles Darwin with giant tortoises in the Galápagos Islands were crucial in developing contemporary evolutionary theories. Darwin discovered that each island in the chain had its unique kind of gigantic tortoise after visiting a number of them.

"It's apparent that they enjoy eating terns," Gerlach continued. However, they're going to much difficulty compared to how easy it is to eat plants."