Above-average rainfall and the growth of two flowers which is bees' favourite could be responsible for the larger than usual colony. 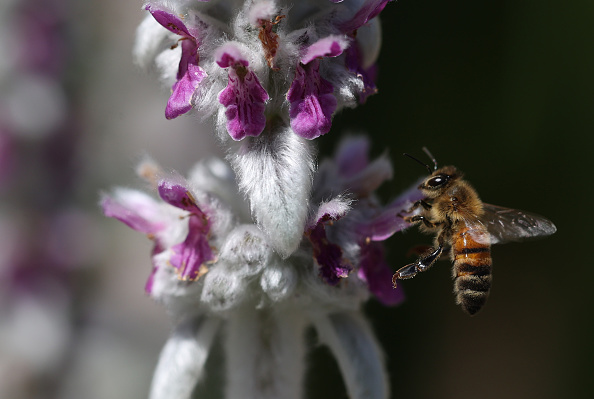 In Western Australia, thousands of fluffy native bees are showing up from the clay pans in bumper nesting colonies, following a year of higher than average rainfall the wildflowers began to bloom.

Dawson's burrowing bees also known as Amegilla dawsoni, come out from the earth for a few weeks every spring to mate, reproduce and make new burrows. They will line this burrow with wax and fill it with both pollen and eggs.

On Hamelin Station Reserve, a property which Bush Heritage Australia manages, over 5,000 burrows have emerged in a long colony close to Hamelin Pool - a marine reserve located off Shark Bay around 670km north of Perth.

Since Michelle and Ken Judd - the reserve managers - came to the reserve three years ago and  this colony have been the largest. Michelle Judd reveals that the bees are so focused on their breeding season that humans like a school group have been given permission to silently and carefully walk into the swarm.

She said: "It's fantastic, like it's just humming. The noise from these bees, because they are quite large too, the humming is very loud."

Judd said Amegilla dawsoni grow to around three centimetres long and they are so fluffy just like teddy bears.

Also, they are gentle and just the females possess stings, and if you stand at a place both male and female bees will come by to perch.

Judd said last week they had their Malgana Aboriginal rangers emerging to do some training on the property, and this made them absolutely fascinated. Judd said two alighted on the hand of one of the fellows. The bees were mating on his hand. He just sat really still and they just went about their business.

The primary objective is mating. Male bees come out from their burrows before the females and glide the clay flats' surface in packs. Before female bees emerge they release a pheromonee, so as to attract packs of males to their burrow. 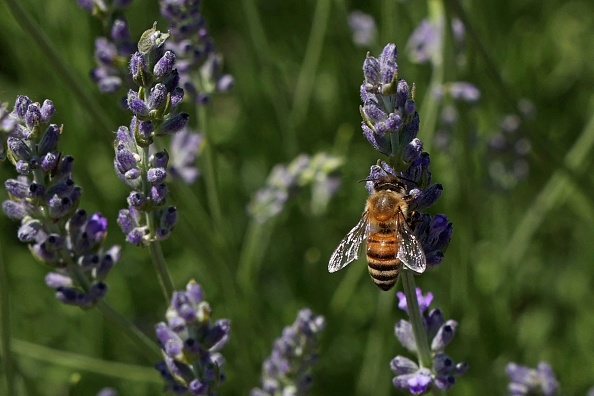 Judd said: "As soon as she comes out you can have this ball of 20 males, all tumbling along with this one female, everybody fighting for the one girl, and then as soon as she's fertilised they're not interested in her again. So she can go about totally un-annoyed by the males once she's fertilised."

Immediately they are fertilised, female Dawson's burrowing bees start digging out a tunnel. The diameter of this tunnel can be up to 2cm and 30cm long, with up to 2cm high turret that will help in protecting the holes against any material falling in.

Then with wax, they line the egg chambers, fill them using both pollen and nectar, and lay one egg in each. After that, they will carefully close up the tunnel so the eggs can develop and become pupa over the next year.

Exhausted by her works, the female bee gives up and die.

Related Article:  Strange! Why Are Bees Getting Confused In Finding Their Food?