About nine of California's national forests are closed Monday as firefighters makes effort to contain 11 massive wildfires blazing in the state. 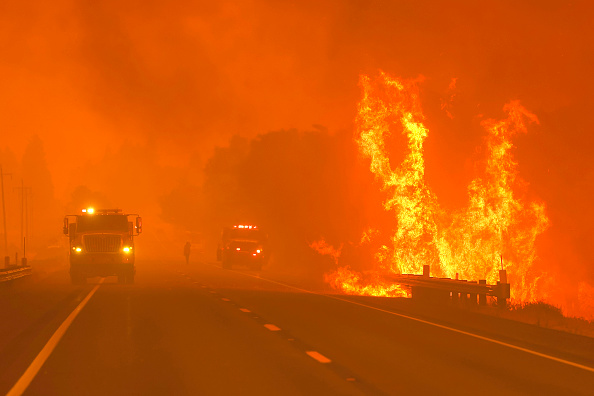 An emergency forest service closure was issued through at least the 6th of September, citing "extreme fire conditions throughout northern California, and strained firefighting resources throughout the country." The US Forest Service Pacific Southwest Region issued the closure.

Jennifer Eberlien who is a regional Forester said these short-term closures are important to ensure the safety of both the public and firefighters, and also reduce the possibility for fresh fire starts.

Anyone breaching the order could be fined up to $5,000 - individual and $10,000 for an organization, and the defaulter can be sent to jail for six months, the forest service said.

In addition, California's Eldorado National Forest was shut down on the 17th of August because of the Caldor Fire. The shut down will last through September 30 at least, the forest service said.

As per the National Interagency Fire Center (NIFC), the emergency shut down in California was issued because 94 massive active fires and complexes have consumed 2,472,381 acres across several states.

Michael Guy, a CNN meteorologist said some little comfort is in the prediction as an onshore move into the Northwest has assisted in calming conditions of the fire and clear smoke that clouded the place.

Winds along the frontal border of a cold front propelling into the region could force some massive fires into a new area of land. But there will be cooler temperatures and higher humidity the coming week, and this should boost containment, Guy said. 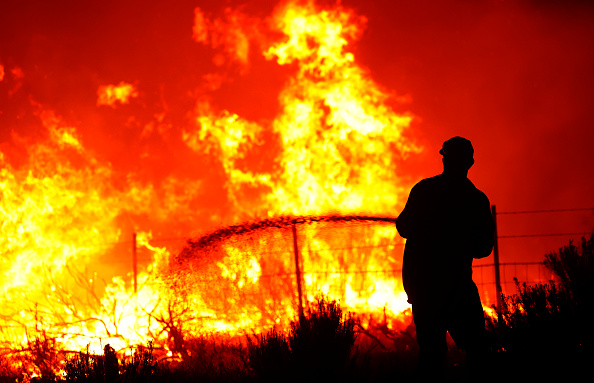 Guy said while there's no notable rain to talk about, the drought monitor in the West reveals "miniscule" signs of improvement."

"A little is better than none or worse. So the little bit of rain that was received did put a hair scratch (not a dent) in the West's drought," said Guy.

Cal Fire said the Caldor Fire that moves fast in Northern California swelled to 104,309 acres Sunday and it was 90,107 when reported Saturday evening. Just days after it set off on the 14th of August, the fire exceeded the 100,000-acre mark. The fires blazing in El Dorado County are about 5% contained.

Farther to the north in California, the Dixie Fire, the largest active fire in the nation, increased to 724,110 acres Sunday, Cal Fire reported.

Related Article: Wildfire Season 2021: California in State of Fire as it Burns More Frequently Than Ever