Western US May Experience Lesser Rainfall Due to Wildfire Smoke

Drought is becoming more of a worry as wildfires and heatwaves stress the western United States. Dry landscapes burn more easily, but rain can assist by putting out fires that have already started. However, wildfire smoke may also prevent much-needed rain from falling. 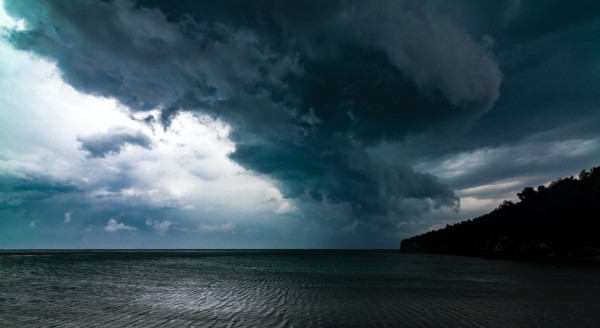 As a result, scientists thought that more flames meant more rain. However, recent research has turned such ideas on their heads. The unclear connection between wildfire smoke and cloud formation turns out to be valid only for clouds high in the sky.

The mixing of smoke particles closer to the ground may make it less likely that rain will fall, starting a chain reaction that fuels fire rather than calming it down. The research was published in the journal Geophysical Research Letters on July 26.

In a statement, Ann Marie Carlton, an atmospheric scientist at the University of California-Irvine who was not involved in the new research, stated. "I think this paper is scratching the surface of what we don't know... To have cloud-related findings so robust is sort of unusual, in my experience."

It's well known that studying clouds are tough. Part of the issue is that, unlike greenhouse gases trapped in ice core bubbles, plants, and fossils; scientists don't have historical evidence on how they used to act during the preindustrial era. The rest is due to the difficulty of simulating clouds in scientific models that aid in our understanding of their composition and behavior.

Cynthia Twohy, an atmospheric scientist at Northwest Research Associates and the Scripps Institution of Oceanography, spent the summer of 2018 collecting mid-altitude altocumulus clouds while flying over the western United States.

Twohy and a team of atmospheric chemists spent the summer of 2018 sampling mid-altitude altocumulus clouds, in a C-130 Hercules research plane, as wildfires raged across the western United States. Instruments on board the plane measured gases and particles emitted by wildfires and sampled droplets, which Twohy analyzed back in the lab.

The research sheds light on the microphysics and chemistry of wildfire-linked clouds, allowing scientists to understand the causes and consequences of atmospheric changes during wildfires.

Also read: By 2030, 3 Million Homes Could Be Using Low-Carbon Hydrogen for Heat

They discovered that clouds hanging above wildfires had five times the number of droplets as clouds without smoky particles, but the droplets were half the size of those in "clean" clouds.

According to experts, this surprising size difference might influence whether we get a downpour or just a drizzle. Since smaller droplets are less likely to develop into larger ones that may eventually fall as rain, drier conditions on land may worsen wildfire seasons, fueling more and larger fires.

The size of wildfires in the western United States has increased in the recent years and is expected to expand as temperatures rise. July was the warmest month on record, according to new statistics released on Friday.

But, as Twohy points out, it's not all negative, since the study will benefit future research in the subject. She expects that the findings will "spur detailed regional modeling studies that will help us understand the net impact of smoke on clouds and climate in the region."