Shopper Helaina Alati, who was a snake catcher, was ready to take the python which is three-metre long back to closeby bushland. 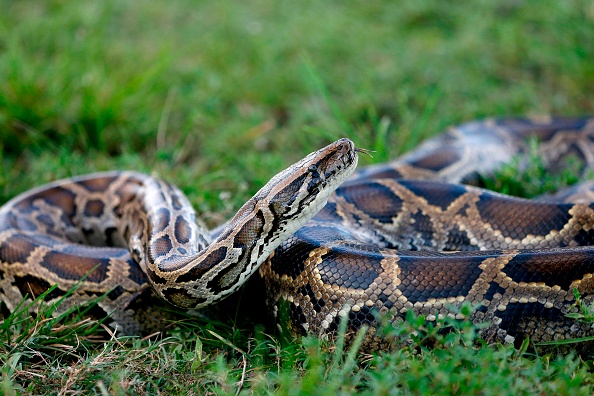 A three-metre-long python left shoppers in a Sydney supermarket shocked by slithering along a shelf that is meant for spices. A Woolworths spokesperson says it was a "slippery and rare customer".

When uploading footage of the large python at the Glenorie supermarket in Sydney's north-west on Facebook, Hilary Leigh wrote, "Only in Australia!"

Another shopper whose name is Helaina Alati was checking for spices that will be used for dinner on Monday night when she moved her head to the right and just 20cm from her face she sighted the diamond python. "It just wanted to say hello," she revealed to Guardian Australia.

Alati said at first, the snake was curled up at the back of the spices. She said dozens of shoppers must have moved past it.  The supermarket spokesperson said once the snake was seen, Woolworths staff acted quickly and calmly to enclose the area for the safety of customers.

Also Read: Snakes Can Store Sperm for up to 5 Years Before Getting Pregnant

One of the social media users commented: "Geez! What a shock that would be coming at you! So unexpected."

Another wrote: "OMG I hate snakes would have taken everybody out with me as I ran for the exit."

"Yikes! I would have had a heart attack at that," a third user commented.

Alati said it's lucky she was the one it came out to because most people would have freaked out.

Since she was a former volunteer snake catcher, she was able to get the required equipment from her home not too far from the supermarket to remove the non-venomous snake safely. Alati released the snake into the bushland closeby.

Alati said the python was chill, and not aggressive at all and also the reptile wasn't in a defensive position. She said it slithered straight into the bag. And that she is used to seeing snakes in strange places but she wouldn't expect to see it in a Woolworths. 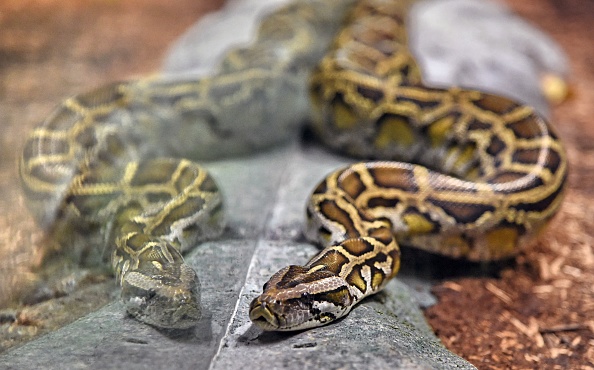 The Australian Museum says diamond pythons are usually seen in bushland regions and Sydney's national parks, but they normally go undetected due to their nocturnal and slow-moving nature.

The museum states on its website: "The diamond python is not as widespread in Sydney as it once was and, although it is not considered endangered, it is under pressure from habitat destruction. Pythons are non-venomous but can inflict a painful bite. Teeth can break off and remain embedded in the victim."

Glenorie, a rural suburb of Sydney is on the outskirts of the city.

If you run into a snake don't hesitate to call a professional snake catcher for help.