This week, three brothers lost their lives while they were working in a manure pit at a farm in Ohio. Here's how this normal day on the farm became a tragedy in no time through bacterial forces and poisonous gases - and ways to avoid the occurrence of such tragedies.

On Tuesday afternoon, the rescue crew reported that Todd, Gary, and Brad Wuebker were discovered lying unconscious inside a manure pit, as per the Associated Press. The three brothers were carried to the hospital but later passed away.

Bacteria were found to be the major culprits. Given the best setting, trillions of microorganisms made a life-threatening environment that consists of a cocktail of dangerous gases and drained of oxygen, which ultimately caused these avoidable deaths. 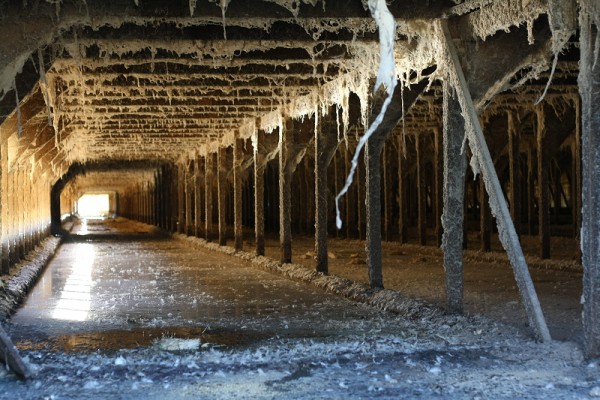 Host of microorganisms will promptly decompose any kind of manure, mostly anaerobic bacteria that makes gas like carbon dioxide, hydrogen sulfide, and ammonia. These gases are not good for human health in great concentrations - they are also accountable for the nasty smell - but they can also work to take over oxygen in a cramped space.

The biggest concern with manure pits is hydrogen sulfide, as per the National Ag Safety Database (NASD). This gas is known for its strong smell of rotten eggs and is also toxic and can lead to irritation of the nose, eyes, and throat in little doses. At higher doses, it causes vomiting, dizziness, headache, nausea, and coughing.

After some time, once a person has inhaled enough hydrogen sulfide, it will cause paralysis of the nerve cells in the nose and the victim won't be able to smell the distinguishable pong of the gas, they are still inhaling it without knowing. At high concentrations, It can lead to the death of a person in only a couple of breaths.

The two gases also heavier than air are Hydrogen sulfide and carbon dioxide. In a pit-like type of location, it can go down to the bottom, accumulate, and result in the formation of a toxic oxygen-less bubble.

When This Type of Accident is Likely to Happen

It was reported that the three victims were working on a pump in the pit where this mixture of gases quietly spread all over the surrounding air. It's likely the manure was disrupted by their work, leading to a sudden inflow of poisonous gases into the air.

This type of incident rarely happens, but the US Centers for Disease Control and Prevention has recorded a handful of almost the same cases and some of these cases have taken the lives of multiple victims.

Also, they noted that this kind of incident mostly occurs in August when the warm weather triggers hungry bacteria and ups the threat of gas accumulation.