These are the 3 Best Dallas Billboards of All Time 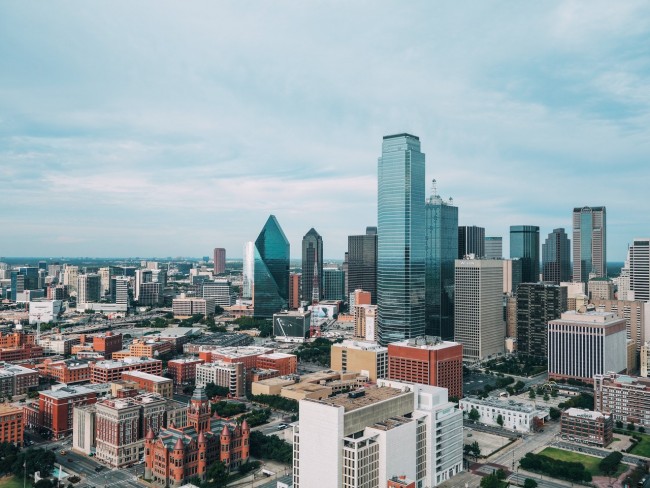 It's no secret that Dallas, Texas is a hot spot for many people to gather. Between the urban downtown area and all of the outlying residential areas, DFW is one of the largest metroplexes in Texas.

Aside from the high population, Dallas is also home to many different tourist attractions. From the gigantic Dallas-Fort Worth International Airport to the famous Cotton Bowl Stadium, there is no shortage of events and attractions to check out when you're in Dallas.

With all of these incredible places that draw in people in the masses comes another great opportunity for businesses: plenty of advertising space. Since Dallas is largely known as a commuter city, there are many people who spend a lot of time outside. Whether they're on the road or biking through the metropolitan areas on their way to class in one of Dallas's many universities, many Texans will find themselves out and about on a daily basis.

One of the most effective and cost-efficient out-of-house marketing opportunities is the classic billboard. Dallas is home to quite a few of these, many in notable places that have helped see immense business success. Some of these locations and styles of billboards are even more successful than others for a few different reasons.

Let's look at the three best Dallas billboards that can ensure success for any business.

1. The HD Panels in Downtown Dallas

One of the newest forms of advertising, billboards are now becoming digitalized. This form offers quite a few advantages over its static, traditional counterparts. For one thing, they offer a wide variety of colors and a flashier design with options for animation and even sound. They also are more visible at night, providing an advertisement that's going to go noticed among the many people who enjoy everything that Dallas's premier nightlife scene has to offer.

There are quite a few different billboards that fall under this category, but some of the most notable locations of these billboards downtown are on parking garages, near the famous Klyde Warren Park, and on many of the different buildings downtown.

Though we know this is technically a multiple billboard answer, the presence of these throughout downtown provides a wonderful opportunity for any business to advertise their products or services.

2. The Billboards in the Cotton Bowl Stadium

Located on the site of the State Fair of Texas, known as State Fair Park, the Cotton Bowl Stadium has played host to many different football games and teams over the years. Some of the popular teams include Southern Methodist University's Mustangs, the Dallas Texans, and the Dallas Cowboys.

With so many students and alumni visiting every single year, this iconic stadium is a prime location to advertise for businesses both large and small. People come in by the thousands to pack this stadium and all of these people could quickly become customers with the right billboard advertised inside of the huge stadium.

3. Billboards Inside and Outside of the Dallas-Fort Worth International Airport

This airport has plenty of different billboard options. Between the ones that can be found outside of the sprawling property to the rotating pillars inside and even the LED screens throughout the airport, there are many different locations available that are contained within this huge airport.

What better place to advertise than a place where you're sure your business will be seen by millions than a place where new people are constantly moving through? The DFW International Airport is one of the best places for Dallas billboards of all time.

Make the Most of Outdoor Advertising in Dallas

If your business is interested in advertising in Dallas, look into these best locations to show off your business to millions of Texans and visitors.