Since 2004, photographer Camille Seaman has been going to visit Antarctica intermittently, working on journey ships for National Geographic. And throughout her visit, the expert has observed the massive changes in the continent, which may bring dire consequences to our planet.

Seaman said what she have seen from 2016 to now is like a dissimilar place altogether. She points out the snow algae she's snapped, which usually changes the color of the snow to pink and at times green.

"That's a normal occurrence. That's not unusual, but what is unusual is I had never seen it before March blooming in the glaciers. And now it's showing up in January and December. That's like three months early. And there are places where I had never, ever seen the ground. There had always been some snow cover. And now it's just mud and rocks."

The white landscape is not that white now.

In 2020, Antarctica recorded an 18.3 degrees Celsius record-high temperature, or close to 65 degrees Fahrenheit. Secretary-general of the World Meteorological Organization whose name is Petteri Taalas said the record is consistent with the climate change they are observing.

Also, Taalas noted that the Antarctic peninsula which is the northwest tip near South America is included in the planet's fastest-warming areas .

In the last 50 years, temperatures on the peninsula have increased close to 5.4 degrees Fahrenheit (3 degrees Celsius), the WMO says. And this has prompted the the rise in melting ice, which increases global sea levels and also causes a threat to coastal cities in other parts of the world.

It's one out of the many issues added in Monday's state-of-the-science report from the United Nations' Intergovernmental Panel on Climate Change. Researchers say the planet is warming quickly than humans thought and that the window is closing very quickly to limit our dependence on fossil fuels and prevent disastrous results. 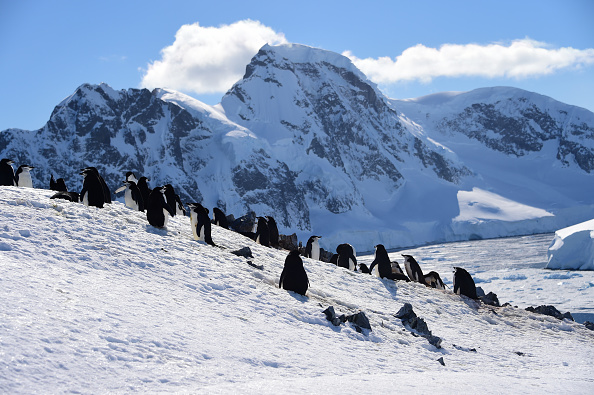 The melting of polar regions is also affecting some of the wildlife that inhabit those places.

In some regions of the Antarctic, Chinstrap penguin colonies have decreased by over 75% over the past half-century, as per independent researchers who were involved in Greenpeace expedition to the area prior to the pandemic.

They think climate change is the reason for this, saying little amount of sea ice and warmer oceans have decresed the krill that most penguins depend on for food.