Scientists found two new dinosaur species in China while they were carrying out analysis on fossils from the northwest regions of the country. Their discoveries, which were released in a study in Scientific Reports, finalized that two of the specimens were gotten from species that were previously unknown.

The dinosaurs are among the initial vertebrates to be reported in the area. As per the study, "increasing the diversity of the fauna as well as the information on Chinese sauropods." 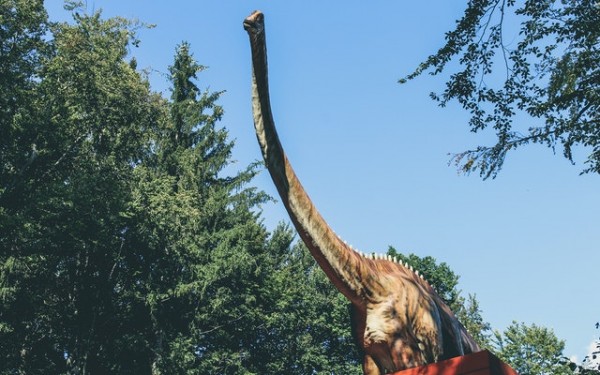 The species existed about 120 to 130 million years ago, during the early Cretaceous period, according to the estimation of the scientists. The two were sauropods, a category of dinos that possesses long necks and also eats plants. Brachiosaurus is included in this category.

The name of the species is Silutitan sinensis or "silu" which is Mandarin for "Silk Road" and Hamititan xinjiangensis - named for the place the fossil specimen was discovered in Xinjiang. These names were given to them by scientists.

You may have discovered the two names have a common word in them - "titan," which is the Greek word for "giant." That's because scientists gave an estimation that the Silutitan species could have possibly grown more than 70 feet long, while the Hamititian species could have been 56 feet long.

For an analogy, the blue whale which is the largest animal inhabiting Earth today can range from 75 to 100 feet. 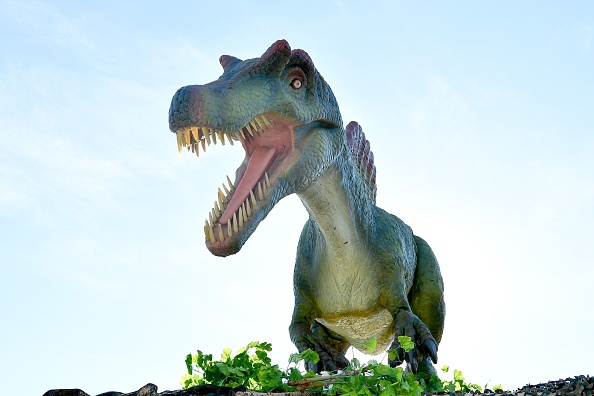 Sauropods are usually large in size and possess a long neck and tail, four legs and they are herbivorous animals. These animals were the largest among all dinosaurs and the largest terrestrial animals that ever existed.

The body of sauropods consists of: a small head on a very long neck; a long and enormous body harboring a massive gut; thick legs - pillarlike in nature - to assist the torso; and an elongated, tapering, usually whiplike tail.

An enormous hip girdle was joined to the backbone, normally by five sacral vertebrae. This form of arrangement gives powerful support for both the body and tail.  At the sides, the backbone itself was hollowed out, and this helps in reducing its weight while holding onto structural strength.

There was a time sauropod were thought to have used their time wallowing in water with no depth that would assist in supporting their ponderous bodies, but reasonable proof shows that this reptile were best prepared for inhabiting solid ground. Their long necks allowed them to collect foliage from even extremely tall trees in similar manner as to modern giraffes.

Their teeth are usually either pencil-shaped or spoon-shaped, and they seemingly relied on engulfed stones or bacteria in the gut to assist in breaking down the plant matter they consumed.