During an ambitious deep-ocean journey, a rare blood-red jellyfish was sighted around 2,300 feet underwater.

There is a possibility that researchers with the National Oceanic and Atmospheric Administration (NOAA) may have found a jellyfish that was previously unidentified, bobbing along nearly 700 meters (2,300 feet) underwater. 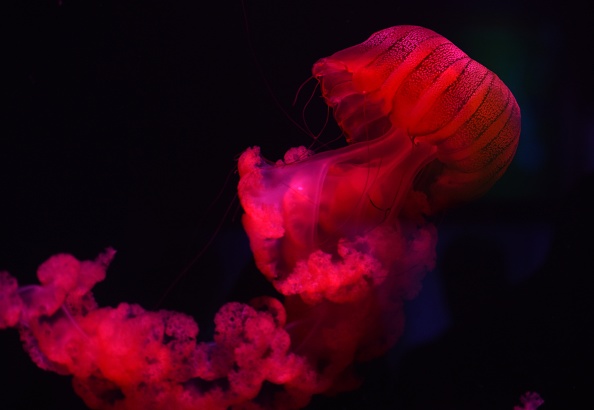 Just like a beret floating and fringed with thin tassels, the body of this jelly is blood-red and seems to belong to the genus Poralia, the researchers said in a statement.

So far, just one other Poralia species has been described which is Poralia rufescens. It possesses a bell-shaped body, 30 tentacles, and inhabits deep water across the oceans of the world.

The NOAA team sighted the jellyfish that hasn't been unnamed up till now in a video from a deep-water dive carried out on the 28th of July, off the coast of Newport, Rhode Island. The remotely operated vehicle (ROV) of the agency named Deep Discoverer dove to the greatest depth of around 915 m (3,000 feet)  into the North Atlantic Ocean, recording any creatures that moved by.

A NOAA intern whose name is Quinn Girasek, studying biology at Juniata College in Pennsylvania, initially saw the jellyfish while commenting on footage from the dive.

This deep dive through the column of water was included in the North Atlantic Stepping Stones expedition of NOAA, which the researchers carried out from the 30th of June through the 29th of July.

Some findings from the mission appeared familiar which was shocking. A few days earlier in the journey, the researchers came across a yellow sea sponge lazing together with a pink sea star some 1,885 m (6,184 feet) underwater. 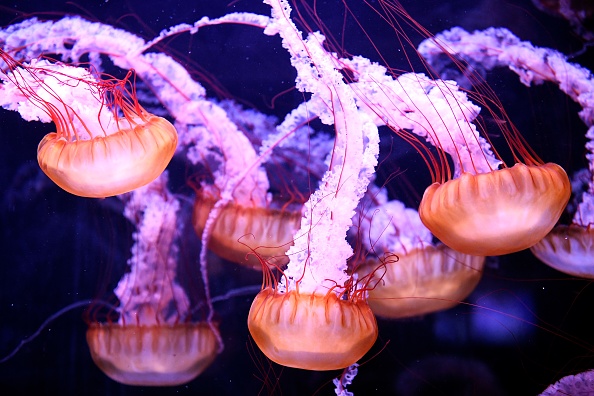 A marine biologist at Smithsonian's National Museum of Natural History whose name is Christopher Mah, compared the pair to a "real-life SpongeBob and Patrick" when he sighted the picture on Twitter.

But in spite of their name, these creatures aren't truly fish - they are animals without backbones (invertebrates). In the tentacles of a Jellyfish are tiny stinging cells that daze or paralyze their prey before consuming them.