USGS Monitoring Fresh Volcanic Activity in 6 Volcanoes Across US

The USGS says these six volcanoes are "exhibiting signs of elevated unrest above known background level". The world's most active volcanoes, Mauna Loa, Kilauea both on Hawaii Island, Cleveland in Alaska, and Pagan north of Mexico, are the other three with a yellow advisory level of alert. 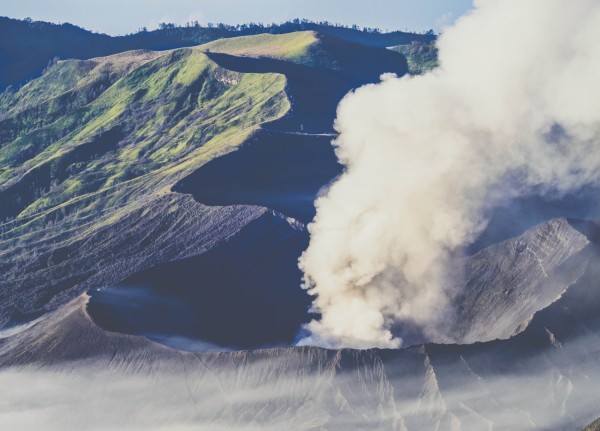 The USGS monitors 169 potentially active volcanoes in the United States, with most of them located in Alaska. Here, there are over 130 active volcanoes and volcanic fields, existing since 2 million years ago. Since the mid-1700s, 50 have been volcanically active, and Alaska Volcano Observatory (AVO) examines them as well.

Hawaii is another area known for its volcanoes like Kilauea, Mauna Loa, and Hualalai. These volcanoes are active and hazardous on the Big Island of Hawaii, but none are erupting. Kilauea began to erupt on December 2020, and stopped just a few weeks ago.

According to the United States Geological Survey (USGS), there are around 1,500 potentially active volcanoes worldwide, with 500 erupting in historical periods. The majority of the world's volcanoes are found around the Pacific's Rim "Ring of Fire." The Ring of Fire is an area on the Pacific Ocean's rim that has faced a lot of volcanic eruptions and earthquakes. Tectonic Plates cause lithospheric plates under and around the Pacific Ocean to move, clash, and/or be destroyed, resulting in the seismic activity known as the Ring of Fire.

Aviation Codes and Volcanic Activity Alert Levels are issued by the USGS and volcanic observatory units in the United States. Green, yellow, orange, and red are aviation codes.

When ground-based instrumentation is insufficient to determine whether a volcano is at a typical background level of activity, it is simply labeled as "unassigned."

Green indicates typical activity associated with a non-eruptive state, while yellow indicates a volcano is exhibiting signs of the increased potential of eruption.

The color of a volcano changes from red to orange when it experiences increasing or rising instability with an increased risk of eruption.

Also read: Earth is Swallowing up Carbon Into its Interior More than Scientists Thought