Out of over 500 cases reported of cats having caught a rare illness in UK, at least 330 had died, in which data represents only a percentage of cases, as many may not have been taken or investigated by a vet.

Officials said that the disease was called feline pancytopenia, a rapid decrease in red blood cells, white blood cells and platelets that results to serious illness, according to the Royal Veterinary College (RVC) in London.

The approximately 528 cats were treated at the RVC hospitals wherein the mortality rate among reported cases is 63.5%. At this time, this percentage only covers those who had presented their cats in the vet, which was considered a small percentage and may change after data have been independently verified.

Cause of cat deaths are investigated 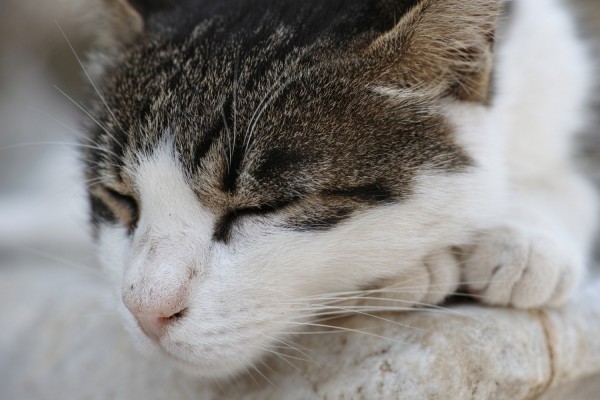 The spike in severe feline pancytopenia cases started on late May, which was worrying given the rarity of this condition. "Typically, we may see one case of this per year but we have seen now ten cats with severe pancytopenia (consisting of severe leukopenia, thrombocytopenia and anaemia) in the last four weeks," said Dr Barbara Glanemann of RVC.

"The cats are severely unwell, have spontaneous bleeding and require often multiple transfusion for stabilization prior to any investigation being possible."

In the recent investigation, the RVC and Food Standards Agency in the UK (FSA) said the outbreak could be linked to the toxins in recalled cat foods. They looked into several cat food brands recalled in June like Sainsbury's hypoallergenic cat foods and Pets at Home's Applaws and AVA cat foods.

"Our investigations are ongoing and we are still collecting data from practicing veterinarians, as well as testing food samples associated with affected and unaffected cats to determine the significance of these findings. We have shared our results with the FSA in order to assist them with their investigations into this matter," RVC reported.

The manufacturing company Fold Hill Foods voluntarily issued a precautionary recall of selected cat food products after they have gotten aware that the FSA were investigating a potential link between the disease and their food.

Fold Hill Foods spokesperson quoted the FSA saying "there is no definitive evidence to confirm a link at this stage between the cat food products and feline pancytopenia."

Also read: Farmer Vows to Stand in Way of Any Gunman For His Alpaca With Bovine Tuberculosis

Presence of mycotoxins was identified

The FSA updated that mycotoxin, a toxic compound naturally produced by some kinds of fungi, was widely found "in a small number of samples of recalled cat food tested to date," and indicates the cause of feline pancytopenia.

The investigation will be done further to wide samples and screenings, according to FSA.

Cat food companies Sainsbury and Pets at Home voluntarily recalled its products and supports the investigation.

In the meantime, FSA suggests pet cat owners to avoid using recalled hypoallergenic cat food products and immediately present to their vets if similar symptoms of the illness are exhibited.