During the country's worst heatwave in 30 years, with temperatures reaching 45 degrees Celsius (113F), a volunteer fireman was killed in a wildfire that threatened the Greek capital's most significant national park. At least 20 people were hurt in fires.

Thousands of inhabitants and vacationers have escaped the flames by land and water. In Turkey, fires of unprecedented fury ravaged swathes of the country's southern coast, killing eight people in only ten days. 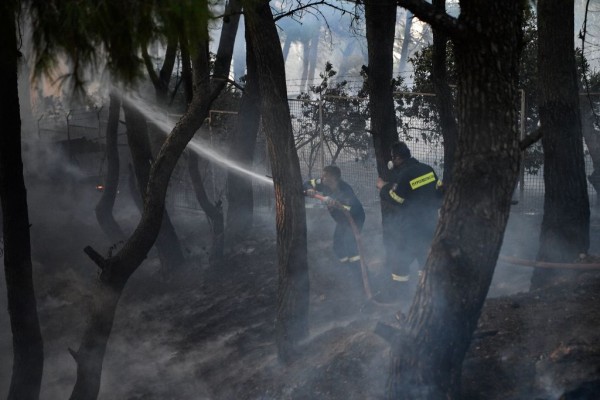 On Saturday, wildfires raged in Greece, destroying houses, farms, and businesses, while tiny boats evacuated 1,153 people from a seaside hamlet and beaches on the island of Evia.

After fires destroyed pine woods and proceeded towards the shore, residents used tractors and other equipment to create new routes for the flames.

More than 150 fires have been recorded, and residents in Athens' northern suburbs have been advised to flee.

In the Athens neighborhood of Ippokrateios Politeia, a 38-year-old volunteer fireman was killed after receiving a head injury from a falling telegraph pole.

At least 20 individuals have needed medical attention around the country, including two firemen in critical condition.

After tearing through trees and buildings near the capital's major water reservoir, the flames reached Mount Parnitha national park, one of the few surviving extensive kinds of wood in the Athens area.

On Saturday, another fire encroached on the Greek region of Mani in the Peloponnese, where the deputy mayor of East Mani, Eleni Drakoulakou, pleaded for more help from water-dropping planes, which struggle to fly at night, and told state broadcaster ERT that 70 percent of her area had been destroyed.

"It's a biblical disaster. But, she explained, "We're talking about three-quarters of the municipality."

On Friday, the inferno, fueled by winds that often changed direction, became uncontrollable for Greece. Firefighters and special planes from France, Ukraine, Cyprus, Croatia, Sweden, and Israel are helping. More assistance from Switzerland and Romania was due to arrive on Saturday. 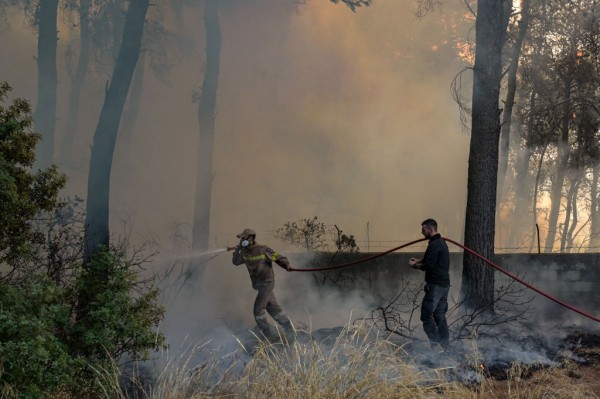 During a Friday evening briefing, civil protection head Nikos Hardalias said firefighters encountered "hazardous, unprecedented conditions" as they battled 154 wildfires this week, 64 of which were still blazing late into the night.

"We have been confronting a scenario in our nation without precedent in terms of the intensity and vast dispersion of wildfires, as well as fresh outbreaks all over," he added. "I want to reassure you that all available forces are participating in the fight."

Wildfires All Over Greece 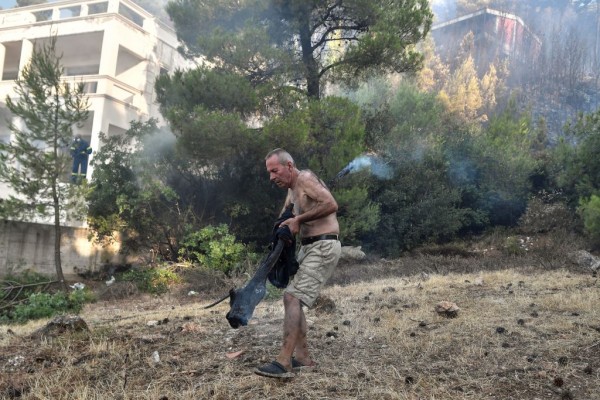 While wildfires are common in Greece and other Mediterranean nations throughout the summer, Greek and EU authorities are concerned that the climate issue worsens the situation.

The causes of the disastrous fires in Greece are still being investigated. On Friday, three persons were detained throughout the greater Athens and central and southern Greece on suspicion of intentionally setting fires, according to Hardalias.