Next week, one of the finest meteor showers of the year will occur, perhaps the ideal time of the year to spend a night looking up at the stars. The moon phase will add to the excitement of this year's event.

The popular Perseid meteor shower peaks on the night of Wednesday, Aug. 11, and into the early morning hours of Thursday, Aug. 12. Because of the conditions, it is frequently referred to be the best yearly meteor shower. 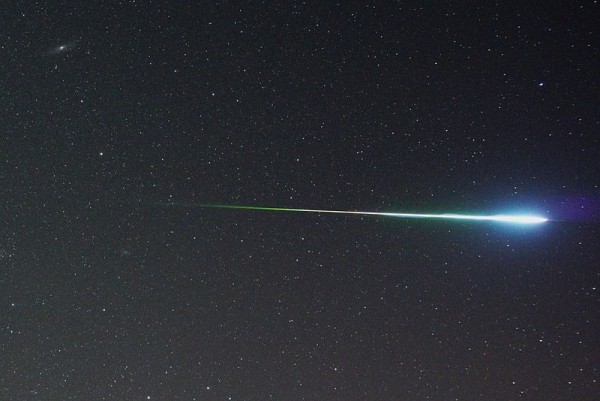 The American Meteor Society (AMS) noted on its website that the Perseid meteor shower "offers a consistently high rate of meteors every year and comes in August when the temperatures are typically good enough for a night beneath the stars."

In December, only the Geminid meteor shower has more meteors per hour, although overcast and chilly conditions frequently accompany this event's peak across North America.

Soon after dusk, meteors will begin to flash across the sky, with hourly rates steadily rising throughout the night.

According to the American Meteor Society, between 2 a.m. and 5 a.m. local time, around 60 meteors per hour are anticipated in gloomy regions (AMS). However, there may be a brief time when hourly rates reach 100 meteors per hour in isolated areas without light pollution.

Related Article: Eta Aquarid Meteor Shower: Remnants of Halley's Comet Will Be Visible from May 4 to 5 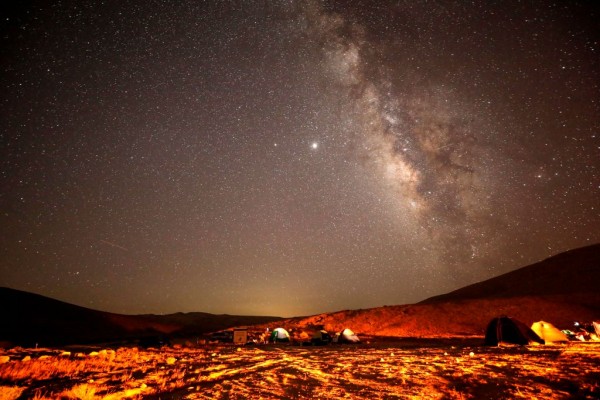 This year's Perseids are particularly spectacular since the meteor shower peaks on a moonless night, allowing observers to see the shower's full potential.

Last year, the moon's brightness interfered with stargazers during the second part of the night, when the meteor shower was at its height.

Furthermore, in 2022, the Perseids will peak on the same night as a supermoon. As a result, the full moon's light will substantially limit the number of meteors visible in the sky throughout the night, which may deter some people from venturing out for a meteor-watching night.

The constellation Perseus, which emerges in the northeastern sky about 11 p.m. local time, is named after this late-summer meteor shower.

According to NASA, the meteors appear to originate from the constellation Perseus, although they can flash across the sky anyplace above you.

Instead of focusing on the constellation, lay on the ground with a blanket or recline back in a lawn chair to take in as much of the sky as possible. 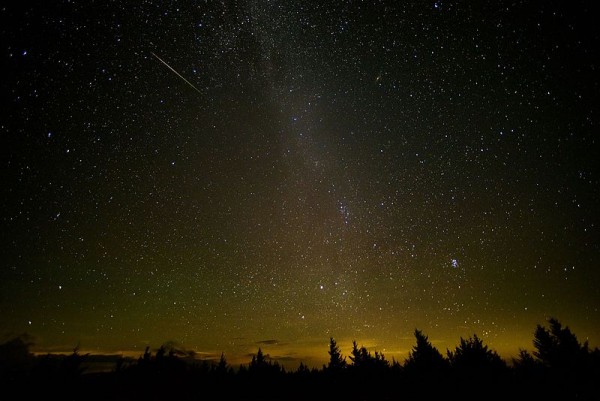 Onlookers must not only have a decent view of the sky, but they must also choose a location that is free of light pollution generated by artificial lights.

"All you have to do to enjoy the Perseid meteor shower is find a dark, safe place away from strong city light," NASA said.

Patience is also necessary to appreciate a meteor shower since it might take up to 20 minutes for your eyes to adjust to the darkness and see some of the fainter meteors. This entails avoiding any light sources, such as a cell phone.

However, before going outside, check the weather apps for the weather prediction, especially because meteorologists are forecasting gloomy conditions for some areas of North America on Wednesday night.

The finest weather for this year's peak night is projected from the inner Southwest to the south-central United States, where mostly clear weather is forecast.

Although a few clouds may create interruptions around the Gulf Coast, there should be enough breaks to see some shooting stars.

Other parts of the continent might not be so fortunate. Partly to largely overcast weather are expected in the northern tier and across the Appalachian Mountains, with some opportunities for stargazing in the Midwest and Canadian Prairies.

Even if the night of the peak is overcast, skywatchers will have an opportunity to view some shooting stars.

Also Read: From Twin Meteor Showers to the Thunder Moon: Meteorological Events to Look Forward to in July