Indonesia decides to resume its 'Jurassic Park' project despite warnings of UNESCO that it is bad for the environment.

Indonesia is a home to world's largest lizard, the Komodo dragon, which lived in the country's islands for millions of years. The construction of the tourism project which began last year centered around the Komodo National Park, a Unesco World Heritage site, first established in 1980. 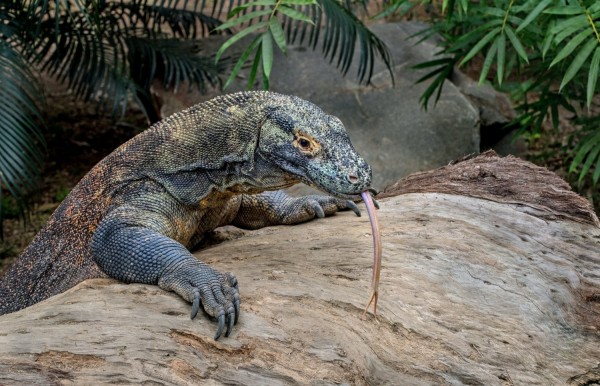 (Photo : Photo by David Clode on Unsplash)
Komodo Dragon. A Komodo Dragon uses its long tongue to smell as it explores. Photographed at Hartleys Crocodile Adventures in Australia.

This raised concerns to locals and environmental activists, as well as the United Nations Educational, Scientific and Cultural Organization (UNESCO) itself, due to its potential negative impact on the environment.

UNESCO called the tourism ministry to undertake fresh environmental impact assessment. In the meantime, the project remains unnamed as of yet.

Around 3,000 of the strong lizard population that had inhabited Indonesian islands includes the largest lizards with 10-foot-long size, razor-sharp teeth, and a strength that can 'hunt the region's water buffaloes for food'.

A host of tourism construction projects have been taking place in these islands, but activists believe that the Komodo Dragon Island project should not be one of them, for several reasons, such as the disturbances of large-scale construction activities to the lizards and reduced habitat space when the project continues.

"We urge the government to develop tourism that's based on the people. There are people living there," said Rima Melani Bilaut of the Indonesian Forum for the Environment (WALHI), an environmental group told news agency Reuters.

To address the issue, the Indonesian government assures that the construction is being carried out carefully. "We haven't even cut down a single tree," Kita Awang Nistyantara, the head of the Komodo National Park, told news channel Al Jazeera last year.

"We want to go into the premium, world-class tourism category. The Komodo dragon is like the panda - highly respected - and this is the only location in the world that has them," said Inung Wiratno from the Ministry of Environment and Forestry. "We are not damaging anything; we are improving the facilities and visitor management."

Officials from UNESCO had required a new environmental impact assessment over alleged illegal fishing concerns and the potential risk to the Komodo dragon's fragile habitat.

"This project will proceed... it's been proven to have no impact," Inung Wiratno, a senior official at Indonesia's environment ministry, told the news agency on Thursday. While UNESCO officials say they have not received updated response, Wiratno said a new assessment was being drafted and could be sent in September.

It raised confusion on what the project really entails, after the government claims it to serve as 'premium tourism spot' around Rinca island, while Wiratno said the project mainly included renovation work on existing structures and not put danger for the rare Komodo dragons.

Last year, a photo of a dragon standing in front of a big vehicle went online, garnering likes and comments as it resembled the film 'Jurassic Park'.