Giraffes are known to have extraordinarily high blood pressure due to their height, yet they don't seem to have health problems like people with hypertension do.

Unlike the long-necked animals, millions of people die from high blood pressure every year. To provide a solution to this problem, scientists attempted to study how giraffes don't faze from a 220/180 blood pressure, but only partly understood so far. Their findings include pressurized organs, altered heart rhythms, blood storage, and the biological equivalent of support stockings.

A giraffe has its trick to avoid heart failure 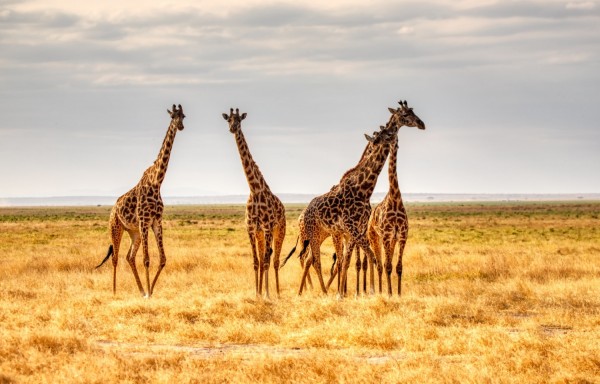 A giraffe's neck reaches about 6m (19ft) above the ground, which would take a long way for the heart to pump blood against gravity. If humans have the pressure that they have, people would suffer from thickening of the heart muscles, with the heart's left ventricle becoming stiffer leading to diastolic heart failure. This is nearly half of the 6.2 million heart failure cases in the US today.

Cardiologist and evolutionary biologist of Harvard and UCLA Barbara Natterson-Horowitz and her students found that a giraffe's left ventricle did get thicken, 'but without the stiffening, or fibrosis'. They also found that five of their genes mutate, and somehow fibrosis is responsible.

For reference, they examined the giraffe genome in 2016 and March 2021, which reported that giraffe-specific variants are 'related to cardiovascular development and maintenance of blood pressure and circulation'.

Another trick to avoid heart failure, they heart has an 'electrical rhythm' that allows it to pump more blood with each stroke, allowing them to run hard despite the thickening heart muscle. "All you have to do is look at a picture of a fleeing giraffe," Natterson-Horowitz says, "and you realise that the giraffe has solved the problem."

Giraffes have 'support stockings' that prevents them from having swollen ankles

One common effect of having high blood pressure in humans is having swollen feet. As you can see, giraffes have slender legs that looks far from being swollen. The team found that like what nurses use, they have their own support stockings in a form of tight, elastic leggings that compress the leg tissues and prevent fluid from accumulating, and had proven that it helps resist leakage.

Moreover, their thick-walled arteries near their knees might act as flow restrictors that could lower the blood pressure in their lower legs. Christian Aalkjær, a cardiovascular physiologist at Aarhus University in Denmark who wrote about giraffes' adaptations to high blood pressure in the 2021 Annual Review of Physiology said that it is unclear whether giraffes open and close the arteries in order regulate pressure in lower-leg.

Lastly, Aalkjær asks the question, "Why don't giraffes faint?", despite their sudden head raise from bending down for a drink, that usually causes dizziness to humans.

Part of the answer says that giraffes can buffer sudden changes in blood pressure. Aalkjær found that giraffes pool blood in their big veins when their heads are down to lessen blood and pressure with each beat.