Some beachgoers spotted an uncommon fish that possess human-like teeth in the Outer Banks in North Carolina. Many internet users are interested in this discovery.

This discovery made a Facebook user - Jennette's Pier - share the photo of the mysterious fish on Tuesday. A fishing destination in Nags Head reveals the fish - weighs nine-pound - with its mouth open and displaying human-like teeth, making the creature look like it's putting on dentures. 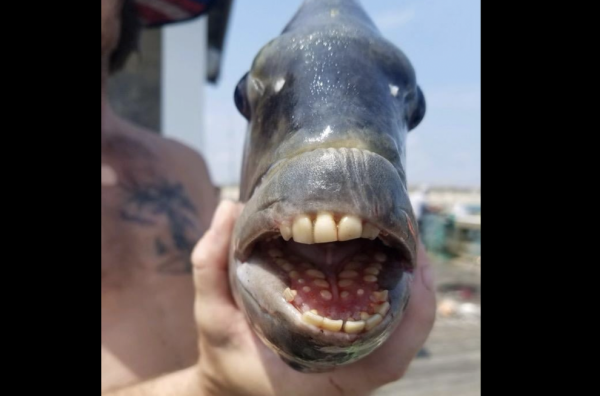 The nine-pound fish was recognized as a sheepshead, the fish possess a number of rows of molars inside its mouth and it uses the molars to grind oysters and other prey. It is believed that the fish got its name because its mouth resembles that of a sheep.

Sheepshead fish can be found close to rocks, reefs, jetties, and even bridges. They are also referred to as the 'convict fish' since they have black and white stripes. Local media outlets quoted officials at the North Carolina aquarium as saying that it is very difficult to catch these fishes, but they taste great.

The caption of the photo is "#bigteethbigtimes" and its shows the sheepshead displaying an upper and lower set of pearly-ish whites.

The name of the person who caught the fish is Martin, and he told McClatchy News he was fishing together with his brother (his twin) on Monday when he saw a 'mouth full of teeth.' Martin said he regularly visits the pier and he went out hoping to catch a sheepshead.

McClatchy News quoted Martin, saying "It's a very good fight when you're fighting on the line, it's a really good catch, and it tastes very good."

The Facebook post that has the photo of the fish has made a splash on the internet, having more than 1200 reactions on it. In the comment, social media users showed their incredulity at what they were seeing

Lisa Drouin Martin, one commenter said: "Is this where dentures come from?"

Charlene Turner wrote: "I know people who would love to have that many teeth."

Helen Prager commented: "That fish has better teeth than me." 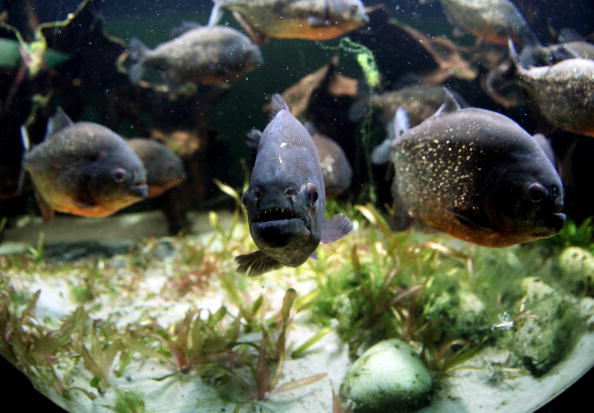 Sheepshead (Archosargus probatocephalus) is a well-known sport fish that can be edible. It belongs to the family Sparidae and order Perciformes, they are widespread in Atlantic and Gulf of Mexico waters of the southern North American coast.

There was a time they were common in the New England to Chesapeake Bay area, the species has mysteriously become very uncommon.

Sheepshead are large fish that has compressed bodies and high foreheads. The colour of their body is silver with broad, dark vertical bands mostly recognizable in juveniles.