Since the beginning of the Pacific northwest's devastating heatwave late June, several disastrous impacts had penetrated the ocean, a home to billions of marine lives, making it unlivable to most sea animals.

Marine biologist Christopher Harley from the Department of Zoology at University of British Columbia had seen alarming signs of more disastrous impacts this extreme heat wave could bring to more than a billion of sea creatures across the Pacific north-west, including the 'smell of decay' from 'baked' barnacles, seaweed, and small fishes along the shores.

"It was this putrid smell of decay," Harley said. 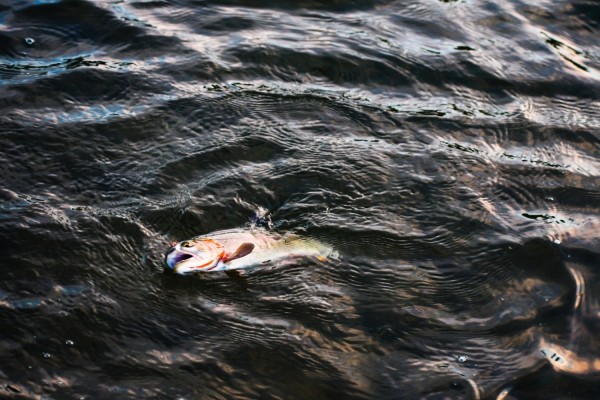 It seems like these creatures have been 'cooked alive' due to severe heat; starfishes struggling to find a shade, mussels laying agape along the rocks, tissues crisped between their shells.

In hopes to measure the body temperatures of the mussels, Harley brought his team along the coasts with their special equipment, but the mussels had long died by the third day of the record-breaking heatwave.

Scientists estimated over a billion deaths of sea creatures in the Pacific north-west's shallow waters in just a week, and could spiral on the entire ecosystem.

Just a taste of what's to come

As human-caused climate change continues to grow, the rising temperatures and unprecedented heat events could just be the beginning of the more disastrous effects that can happen on people, plants and animals. Climate scientists warn that the 'compounding catastrophes' continue to wreak havoc on ecosystems, infrastructure, and agriculture, and could persist in the future.

"It is going to continue to get hotter," said Andrew Hoell, a meteorologist for the National Oceanic and Atmospheric Administration's physical sciences laboratory. "That means it is going to take much moisture supply in terms of precipitation to stave off drought," he explained. "That is going to be a game changer in terms of how we live."

Hoell notes that the spike in temperature will always be linked to human activities, and can become more frequent, more intense, and long-lasting.

Also read: Ways to Keep Your Pets Safe and Protected During Heatwave

A stark warning and a call for change

"The way I look at it is it is a very stark warning," said Bradfield Lyon, a professor at the Climate Change Institute at the University of Maine, resembling the current climate situation to fire drills taught in schools during emergencies. "The teacher would say, 'Now don't panic, but head as quickly as possible for the exits'," he said. "In this case, the exit is burning of fossil fuels. We don't need to panic, but we certainly need to head as quickly as possible in that direction."

Extreme heat and drought have individually devastated almost half of the contiguous US in just a month, NOAA scientists said.

This historical record "basically means it is going to be that hot all the time", which also means stressed plants, struggling animals, and shallow waterways making habitats inhospitable; truly a devastating event in which the severity calls for advances and global attention.