Rare Phenomenon: For the First Time in 64 Years, Streets in Brazil Are Covered in Snow!

You wouldn't think of Brazil as a location to make a snowman, but the country's streets have been overwhelmed by unusual winter phenomena for the first time in 64 years.

Snowfall was triggered by a severe cold snap in southern Brazil, with snow accumulating on the streets of places where the winter occurrence is uncommon. The last time a snowstorm hit Brazil was in 1957, when Santa Catarina received 4.3 feet of snow

According to data from Climatempo, a meteorological service, at least 43 places saw snow or freezing rain late Wednesday.

Temperatures are predicted to continue to decrease, with the possibility of additional snow. According to the Brazilian government's meteorological institute, low temperatures are expected to last until the beginning of August.

By Friday, frost may be present in the states of Mato Grosso do Sul, Sao Paulo, Minas Gerais, and Goias. 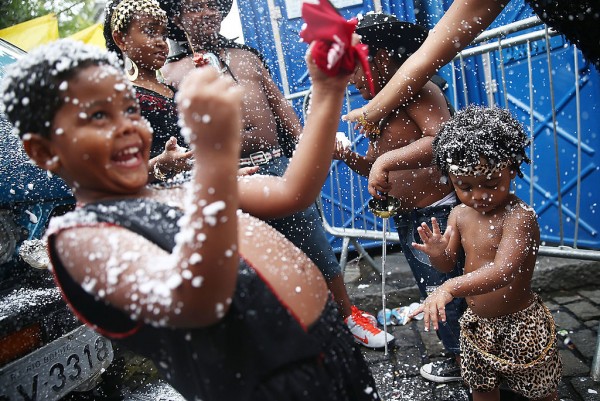 Since Thursday, Brazil has received unusually heavy snowfall, damaging crops, and perplexing residents who aren't used to seeing snow. According to the meteorological firm Somar Meteorologia, more than 40 cities in the Rio Grande do Sul had ice conditions, and at least 33 municipalities got snow.

There were warnings of low temperatures on Friday as a polar air mass moved toward the agricultural powerhouse's center-south, threatening frost to coffee, sugarcane, and orange crops. Coffee costs have already risen due to the abnormally chilly weather in the country.

Wild to see this level of snow in Brazil…sometimes happens in the south but not so widespread like this. Big cold blast from Antarctica. Omen? pic.twitter.com/f60mAgjZDu

This week, ice blanketed cars, streets, and roads, and people took advantage of the chance to take photographs and play in the snow, creating snowmen. According to a local television video, Brazilians in Bom Jesus, Rio Grande do Sul, built a snowman in a plaza and engaged in a snowball war.

Iodor Goncalves Marques, a 64-year-old motorist, told the TV Globo network, "I am 62 years old and had never seen the snow, you know?" Seeing the grandeur of nature is indescribable."

Snow blizzards and freezing temperatures are uncommon in Brazil, but they generally happen in June, July, and August when they do occur.

The last time snow blanketed sections of the nation like this were in 1957.

Also Read: Massive Ice Melt in Greenland in Single Day is Enough to Cover Florida With 2 Inches of Water