A massive tsunami hit Miyagi and Fukushima prefectures not too long after a disastrous magnitude 9.0 earthquake, this quake took the lives of tens of thousands in their wake.

Then, the Fukushima Daiichi nuclear plant in Ōkuma went through a series of explosions as a devastating conclusion, discharging toxic radioactive waste into the surrounding environment. 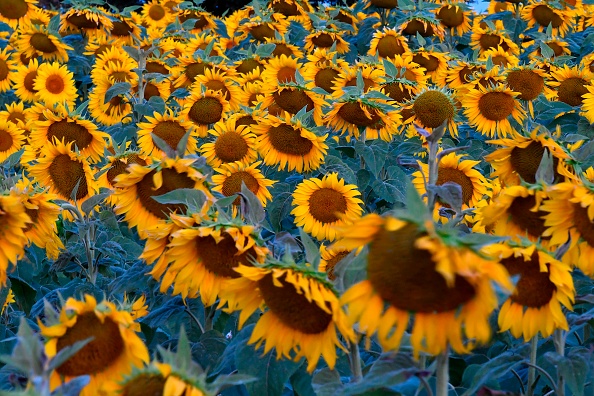 The aftermath of what is locally known as "3.11" is still being felt till today, as Japan struggles to figure out a solution to the million tonnes of radioactive wastewater and half that of solid waste. But among all the disagreement and high-tech solutions, the one cleanup program you might have left out is sunflowers.

A few months following the disaster, a chief monk at the closeby Buddhist Joenji temple, Koyu Abe, told Reuters: "We plant sunflowers, field mustard, amaranthus and cockscomb, which are all believed to absorb radiation. So far we have grown at least 200,000 flowers ... and distributed many more seeds. At least 8 million sunflowers blooming in Fukushima originated from here."

But this is not close to some Japanese folk wisdom: it has a hard science backing it up. It happens that sunflowers are fantastic at taking out radioactive waste from the environment - for this reason, they were cultivated in their droves after and because of the Chernobyl disaster of 1986.

Also Read: Sunflower Fields in the Time of Coronavirus

In a 2011 interview, soil scientist Michael Blaylock explained, "Sunflowers are really good at taking up certain radioactive isotopes. And that's really the connection between the sunflowers and the nuclear power plants that we've discovered ... some of the fallout from the Chernobyl accident we were able to address through planting sunflowers in the affected areas."

So why sunflowers? These plants weren't selected because of their appearances - although that's definitely a bonus. Sunflowers possess a whole host of practical features, making them ideal for doing the job of nuclear cleanup: they grow very fast, easily, and almost anywhere.

Fortunately, they preserve most of their biomass in the stems and leaves, so the radioactive material taken in by the plants can be gotten rid of without digging up roots.

The use of plants to get rid of toxins from the environment is referred to as phytoremediation, which was a big success at Chernobyl, where the nuclear disaster abandoned close by soil and water heavy with cesium and strontium (radioactive elements). 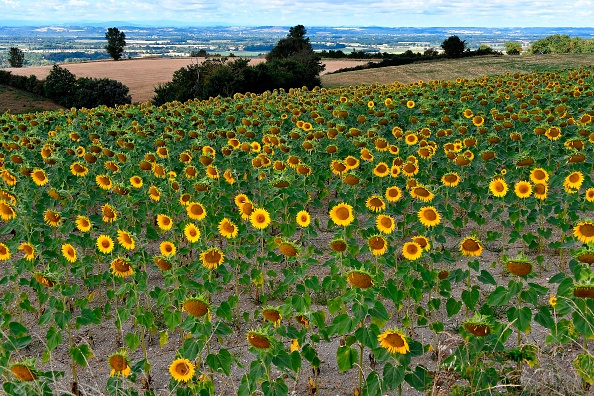 Isotopes "mimic" nutrients naturally absorbed by the sunflower and this is why the process works - cesium mimics potassium, which plants require for photosynthesis, and strontium passes for calcium, which gives structural support.

Sadly, in spite of the success in Chernobyl, phytoremediation efforts in Fukushima were deemed a failure at some point.

Not a lot of literature exists on the experiment, but researchers carried out few analyses which failed to discover any plant that could decrease the levels of radioactive isotopes in the soil effectively.

Related Article: Plant Biologists: Sunflowers Use Their Clock To Follow Sun During Day