Severe flooding and landslides had ravaged India after series of heavy monsoon rains, killing over 150 people, 64 missing persons, and thousands of evacuees.

Western coastal states of Maharashtra and Goa, as well as Karnataka and Telangana, were hit by torrential downpours. The worst-hit Raigad and Satara district were trampled with thick mud and debris, where over 60 people were buried from landslides. People had been trapped for more than three days, according to officials.

"We are trying hard to rescue people trapped under landslide debris in Raigad and Satara but the possibility of evacuating them alive is remote. They are trapped under mud for more than three days," said a senior official with the state government.

Rescue groups, including personnel from Indian armed forces went for an urgent rescue mission to search for the missing persons, using boats and helicopters. 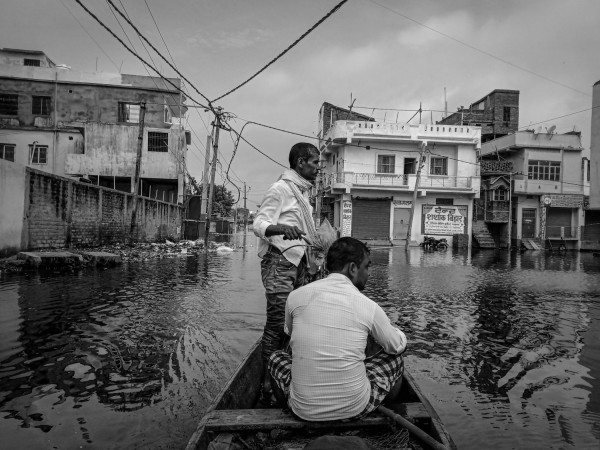 In the latest data reported by the government, 71 people from Raigad alone were killed, while 41 and 21 fatal deaths were recorded in Satara and Ratnagiri, respectively.

Just as things couldn't get any worse, the ceaseless rain in Raigad on Thursday caused three more landslides, leading to an assurance of help from chief minister Uddhav Thackeray on Sunday.

Meanwhile, the pool of water blocked movement of vehicles in two national highways, including one connecting Pune and Bengaluru. Other key roads to villages were also submerged under water, including the Sangli district. Villagers in the area were trapped in their roofs and houses, waiting for rescue.

A bus depot completely submerged in water could be seen in Maharashtra's Ratnagiri with its manager trapped inside, as other vehicles float around it.

Even India's tourist destination and home to many foreigners faced the "worst floods in nearly four decades", says state chief minister Pramod Sawantdue, due to damaged houses and people drowning in flood waters.

As of Monday, Maharashtra government announced 164 deaths across the state, 100 missing, and 2,29,074 have been evacuated.

A bridge collapsed in Sangla Valley, crashed down by boulders and rocks, while landslides killed at least nine people in northern Indian state of Himachal Pradesh.

Prime minister Narendra Modi expressed his "anguish over loss of lives" while condolences poured in from foreign ministries of neighbouring Bangladesh, Maldives, Iran, Turkey and Afghanistan.

"Unprecedeted, but not unexpected."

Studies suggest that the worsening monsoons in India was primarily caused by climate crisis, and may persist notoriously, "leading to dire consequences for nearly a fifth of the world's population."

Roxy Koll, a climate scientist at the Indian Institute of Tropical Meteorology, described the flood situation in India as "unprecedented, but not unexpected."

"We already see a threefold rise in widespread extreme rains that cause floods across India. Red colors in this image indicate rise in extreme rains," he noted.

Other countries around the world such as China, Germany, and Belgium were also experiencing similar climactic devastation just recently.

Also read: Projected Thunderstorms and Rainfall to Continue in the South, Say Meteorologists