What Are the Leading Causes of The Global Water Crisis? 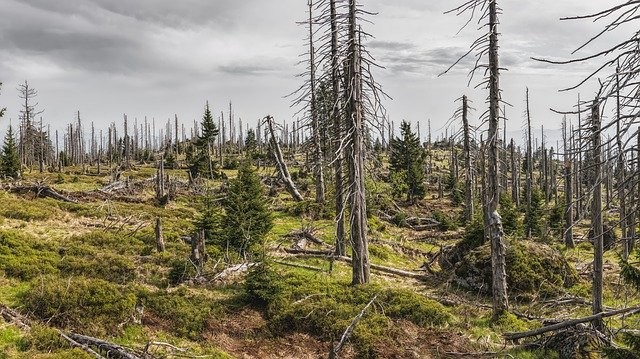 (Photo : What Are the Leading Causes of The Global Water Crisis?)

The world is facing a terrible water crisis that looks to be increasing in severity every single year. Only 3 percent of the world's water is fresh, and two-thirds of that fresh water is locked away in ice. Yet, the survival of the human race is inexorably linked to the availability of fresh water. Our bodies and our societies cannot be maintained without it.

Today, around 700 million people in 43 different countries face water shortages. By 2025, that number is predicted to grow to 1.8 billion people, according to statistics published by the United Nations. It is clear that we cannot allow this crisis to exponentially grow unabated. The global water crisis will affect every person on the planet in some way unless human beings drastically alter their relationship to the environment.

What, then, are the causes of this great global drought? Here are the three leading catalysts for the increasingly severe water shortages facing humanity.

Agriculture uses 70 percent of the world's available fresh water, and 60 percent of the water it uses is wasted. Leaky irrigation systems, chemical pollution, and evaporation all contribute to agricultural water wastage. Countries that produce huge amounts of crops like China, India, and the United States are already reaching their agricultural water capacity limits. Agriculture is a necessity: the increasing population of the globe needs to be fed. Agricultural methods, however, have to undergo serious change if they are to become water sustainable. Vertical farming is one experimental agricultural method that has been trialed in places like Holland and has been found to reduce water wastage by large amounts. Unfortunately, it takes a huge amount of infrastructure and funding to create profitable vertical farms.

Water pollution can render fresh water useless for human or animal consumption. Industrial waste, sewage, and landfill can cause all poison the stuff of life and reduce the global availability of clean water. In addition, the release of pollution into the air in the form of carbon dioxide causes the temperature of the atmosphere to rise exponentially - this is known as the 'greenhouse effect. The warmer the planet is, the more water will spend time as vapor instead of liquid - evaporated from the surface of the earth.

Furthermore, the distribution and use of water use power, which is often produced by burning fossil fuels and causing more pollution: a horrible cycle. Businesses have a responsibility to use less water and cut down on waste. Companies like Utility Bidder can help companies eliminate wastewater.

The human population has doubled in the last 50 years, and it has not stopped growing. This has put a huge strain on all of the world's natural resources - including water. The larger the human population is, the more pollution is caused, and the more agriculture is needed to sustain it. At the moment, we are trapped in a cycle of water supply degradation. Serious efforts are needed to stop humanity from destroying itself and the planet it resides upon.