Extreme heat, high winds and uncommonly dry conditions are combining together to bring about what may be developing to be another record wildfire season in California. 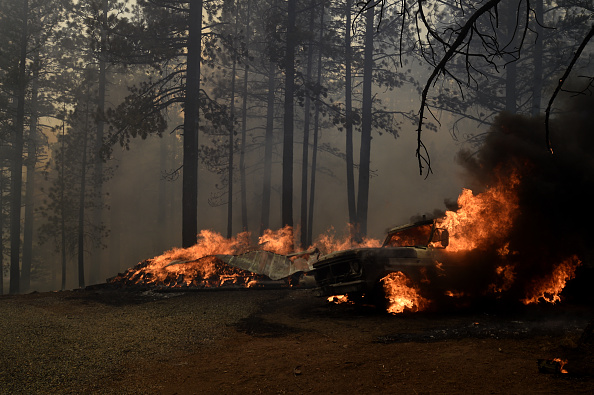 Firefighters making effort to stop the Beckwourth Complex Fire in Doyle, California, combated against flames, smoky conditions and gusty winds that are approaching at a high pace. As the fire came nearer, it forced the firefighters to retreat, so they could form another group because the fire was severe.

Doyle is a small town containing about 700 residents and it is located in Northern California close to the border with Nevada, around 45 miles northwest of Reno, Nevada. An operations station chief  with the U.S. Forest Service, Jake Cagle, said: "We're seeing unusual fire runs, things that we weren't trained to witness"

A resident of Doyle, Tom Pourchot, had made plans to remain at home, but eventually evacuated quickly when he noticed the firefighters retreating over the weekend.

Also Read: Human-Induced Climate Change to Blame for the Increasing Forest Fire in the US

Pourchot said the sound over the hill was like an incoming cargo train, adding that the view of the firefighters backtracking made him develop a second thought about his plans to stay put. He said the experience was terrifying. He said: "When you sight the firemen running like that, probably the best time to go ahead and leave."

As per Inciweb, the early-season fire has progressed to just below 100,000 acres burned. The conditions of the fire across majority of the state of California are unusual for this time of year.

Doyle hasn't experienced high temperatures below 90 degrees in just a day since the 25th of June, and the high records have reached its peak in the triple digits in recent days. For this time of year in Doyle, the average high temperature is 88 degrees.

A fire behavior analyst with the U.S. Forest Service, Diondray Wiley said:  "Today, our fuels are six to seven weeks parched than they should normally be, implying we are looking at the dryness we'd witness in mid- to late-August." 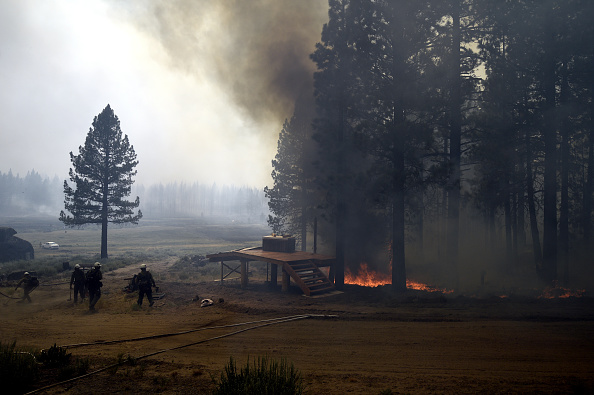 Temperatures that are more than 100 degrees, together with extreme and unusual drought conditions all over much of the West and Southwest, have made yards and forests become tinderboxes.

Residents who have already been compelled to relocate are very grateful for the efforts firefighters are making.

Reno, Nevada, resident  Adrian Mendoza told AccuWeather National Reporter Bill Wadell: "I really thank them so much because of everything they are doing is for us. They are putting their lives at risk for all of us, our families, our kids, their own families."

With conditions as terrible as this, residents know particularly what firefighters are laying on the line when they get ready for work.

Related Article: Wildfires Are a Real but Undisclosed Risk for Millions of Areas and Homes