While it is given that blinking provides lubrication and clearing away dirt or tiny particles in our eye, it remains a question for some on why people blink spontaneously every few seconds.

According to research, spontaneous blinking occurs on an average of around 15-20 times per minute to lubricate the cornea, roughly taking away 10% of our waking hours. However, we certainly do not need that much for the clear purpose of ocular lubrication. 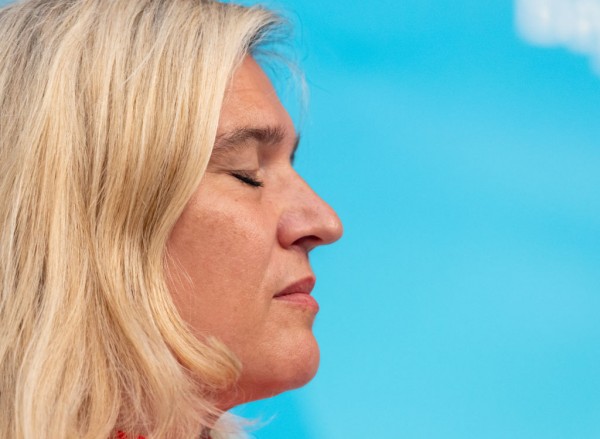 A 2013 study suggests that our brain takes a small mental break and enters a momentary state of rest when we blink. Findings show that eyeblinks are 'actively involved' in disengaging attention from cognitive activities such as watching videos, and allows us to focus better afterwards.

The team hypothesized that blinking controls the 'disengagement of attention' by taking a moment of deactivation.

An 'Introspective Calm' of Visual Stimuli

In reference to results of the study, researchers are convinced that eye blinking is a 'subconscious effort to clear the mind'. It is more than just temporary 'black out' or not seeing anything. For a moment, we sort of enter an altered mental state where the brain shuts down for a while in order to increase attention later.

While eye blinking is rather spontaneous, it is not totally random as we tend to predict when to blink. For instance, we blink more often when we read from processing all that information, particularly in the end of a sentence. When we listen to a speech, we blink mostly in between statements or pauses. In watching a video, we subconsciously blink to briefly shut off visual stimuli.

"It is not purely the technical part of protecting the eyeball and lubricating and clearing particles, it is more of an issue of when, exactly, to give that small mental break to the brain," said Dr. Brenda Pagan-Duran, a clinical spokesperson for the American Academy of Ophthalmology and an ophthalmologist in New Jersey.

The 2013 study tested their hypothesis in 10 different people in an fMRI machine and made them watch the "Mr. Bean" TV show. As they monitored the areas of the brain that shows increased or decreased activity after blinking, they found that the mind enters a state of wakeful rest while a momentary activation of an alternate network occurs. When eyes are open again, the brain allows attention capacity to increase.

Also read: How to Keep Your Eyes Healthy While Wearing Contacts

A Natural Instinct for Humans

Scientists say that blinking has far more functions than these alone. Eye blink is natural reflex that happens involuntarily, but we can also control it. It helps during emotional times by clearing away tears when we cry and prevents buildup of 'lake' on the eye. According to Dr. Pagan-Duran, blinking can happen more or less often depending on circumstances, including certain conditions like presence of dirt in the eye, allergies, or habitual involuntary movements.