The effects of rising greenhouse gases, such as carbon dioxide, differ from the warmth we feel at the surface because the mesosphere is considerably thinner than the section of the atmosphere we live in. The troposphere, where humans dwell, has been described as a dense blanket by one researcher. 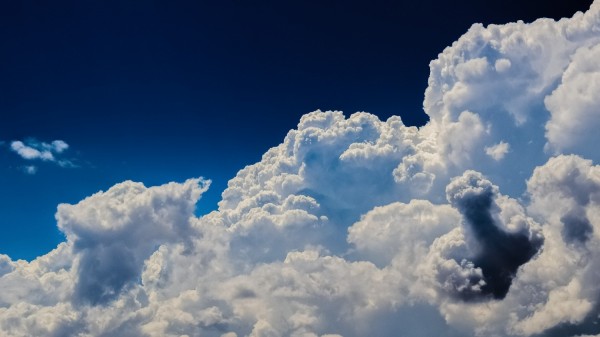 According to James Russell, the atmosphere is dense at the Earth's surface, a research co-author and atmospheric scientist at Hampton University in Virginia. "Carbon dioxide traps heat in the same way as a blanket does, keeping you warm." In addition, there are many molecules nearby in the lower atmosphere, and they easily capture and transmit Earth's heat, sustaining the quilt-like warmth.

Only a small portion of the Earth's heat reaches the upper, thinner mesosphere. As a result, molecules are scarce and far between there. Because carbon dioxide also effectively emits heat, whatever heat it absorbs is lost to space before absorbing another molecule.

As a result, increased greenhouse gases such as carbon dioxide result in more heat being lost to space, causing the upper atmosphere to cool. When air cools, it contracts, much like when you put a balloon in the freezer. 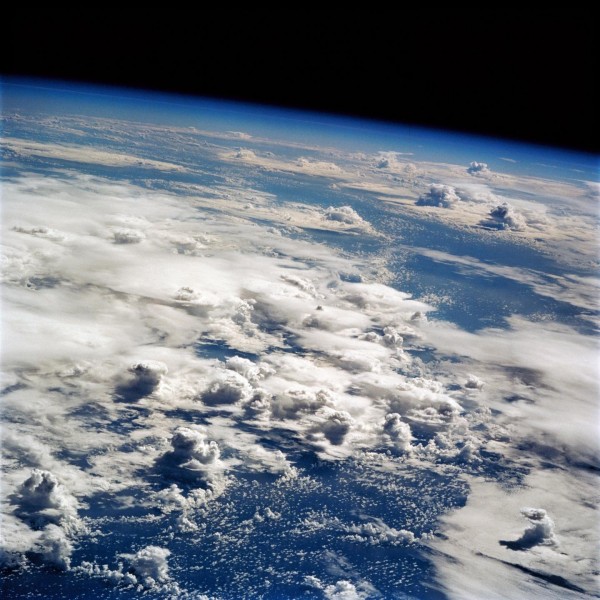 This cooling and contracting were not unexpected. "Models have been indicating this impact for years," said Brentha Thurairajah, an atmospheric scientist at Virginia Tech who participated in the study. "It would have been stranger if our data analysis hadn't shown this."

While prior research has found similar cooling, none has utilized such a long data set or showed the upper atmosphere shrinking. According to the researchers, these new findings increase their confidence in our capacity to simulate the complex changes in the upper atmosphere.

Using all three data sets, which covered the summer sky of the North and South Poles, the researchers looked at how temperature and pressure varied over 29 years. They looked at a section of sky 30 to 60 miles above the Earth's surface.

As carbon dioxide levels rose, the mesosphere chilled at most elevations. As the air-cooled, the height of any given atmospheric pressure decreased. To put it another way, the mesosphere was shrinking.

Despite the fact that what happens in the mesosphere has no direct influence on people, it is an essential zone. The coldest air temperatures are located near the upper border of the mesosphere, roughly 50 miles above Earth. It's also where the neutral atmosphere gives way to the ionosphere's flimsy, electrically charged gases.

At 150 miles above the surface, atmospheric gases produce satellite drag, which causes satellites to fall out of orbit. Satellite drag also aids in the removal of space debris. The rest of the upper atmosphere below descends as the mesosphere shrinks. As a result, satellite drag may decrease as the atmosphere compresses, causing less interference with operational satellites and more space trash in low-Earth orbit.

The beautiful blue ice clouds of the mesosphere are also well-known. They're known as noctilucent or polar mesospheric clouds, and they dwell in the mesosphere, clustering around the North and South Poles. Summer is when the mesosphere has all three elements for cloud formation: water vapor, extremely low temperatures, and dust from meteors that burn up in this region of the atmosphere.

They're brightening, moving away from the poles, and appearing sooner than normal this year. Clouds are a valuable indicator of change in the mesosphere because they are sensitive to temperature and water vapor.

"The only way you'd expect things to alter this way is if the temperature drops and the amount of water vapor in the atmosphere rises," Russell explained. Climate change in the high atmosphere is connected to both colder temperatures and an abundance of water vapor. 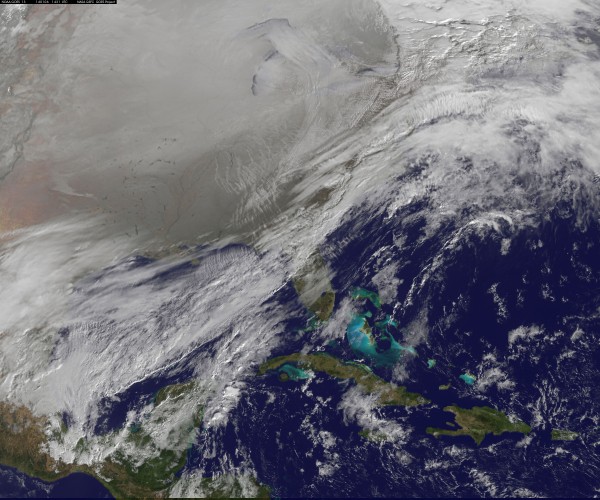 Russell is currently the main investigator on AIM, which stands for Aeronomy of Ice in the Mesosphere, and is the newest of the three satellites that contributed data to the research. Russell has led all three NASA missions: AIM, the SABER instrument on TIMED (Thermosphere, Ionosphere, Mesosphere Energetics, and Dynamics), and the HALOE instrument now-defunct UARS (Upper Atmospherics Research Satellite).

Researchers from TIMED and AIM have teamed up for a long-term study of the effects of climate change. First, the study focused on noctilucent clouds that wander farther from the poles during the summer. Next, researchers will look at these impacts over longer periods of time by tracking the clouds.