Storms With Massive 'Fire-Breathing' Clouds in Canada Caused by Wildfires

The British Columbia wildfires are growing so large they can create wild firestorms as heat and fumes rise up the sky from the burning Canada.

These firestorms composed of pyrocumulonimbus clouds created by intense heat from the Earth's surface was believed to generate its own weather including  dangerous fire tornadoes and create a cycle of ferocious fires.

In Lytton, British Columbia, the fire has burned a large area of the village with temperatures hitting 121.2 degrees Fahrenheit - 49.5 degrees Celsius - as of Tuesday. 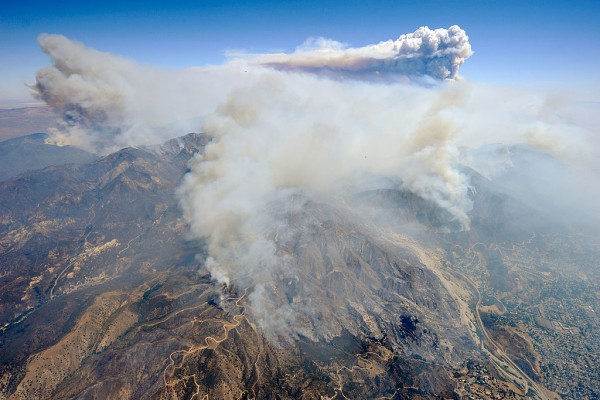 According to the Public Safety Minister Mike Farnworth, some locals have been missing since the fire and majority of homes and infrastructure in the village was destroyed, as well as their local ambulance station.

Two more fires were reported on Wednesday, and as of Thursday, 90% of Lytton was burnt by the 20,000-acre fire, forcing 250 residents to evacuate.

With the subsequent wildfires occurring in the village, satellite images above Lytton showed 'incredible and massive storm-producing pyrocumulonimbus plumes', as described by meteorologist Dakota Smith of Colorado's Cooperative Institute for Research in the Atmosphere.

As hot smoke released from extreme fires ascend into the atmosphere in the form of plumes and reach temperatures above 800°C, the result can essentially create its own weather system. According to NASA, the storms generated by pyrocumulonimbus clouds can create hundreds of dry lightning which strikes in the absence of rain, sparking a blaze and further spreading fire.

One concrete event of the phenomenon was the 2020 California Creek Fire which created one of the largest pyrocumulonimbus cloud witnessed in the US, three times larger than the size of Seattle.

One of the worst-case scenario this cloud produces is fire tornado, when large tracts of burning land forms full thunderstorm within the plumes. The 2003 Canberra bushfire in Australia can testify the severity of the phenomenon when the city burned for about two weeks straight.

Also read: Experts Point at Extreme Heat Wave for the Hundreds of Deaths Across Northwest US

If you get a penny every time climate change plays a role in major natural disasters in Earth, you would probably be mega-rich.

What does the ever-changing climate had to do with Canada's devastating wildfires? It sure is a lot of things. Due to the rising temperatures, dry air and vegetation, resuscitating a blaze of fire is a no-brainer.

As wildfires become larger and more severe, fire-generated storms are also becoming more common. 17 occurrences of the said storm were calculated way back year 2002 in Canada, the US, and Mexico. 20 years later, the number rose to 25 in western North America alone.

If you thought things cannot get any worse, these storms can actually penetrate as high as the stratosphere, funneling and storing smoke from below the ground to the sky above for months or even years.

In a 2018 study, it was found that the mass of smoke aerosol particles injected into the Earth's stratosphere was comparable to that of a moderate volcanic eruption.