Concerns that have to do with the structural integrity of the condo's remains pulled the search and rescue team from the location of the collapsed condominium in South Florida on Thursday morning. 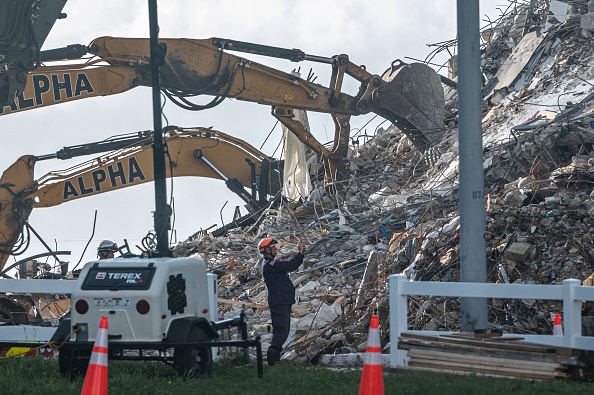 Weather and also the potential threat of Tropical Storm Elsa - could worsen the situation. Chair of Florida's Statewide Emergency Response Plan, T.J. Lyon, told weather.com Wednesday that any bad remarkable wind could possibly pull down part of the building that is still standing.

T.J. Lyon added that any bad weather will have a significant impact on the scene of the incident. If search efforts kick off, it might be discontinued again in a few days if there are threats of Tropical Storm in the area.

Director Frank Rollason, Miami-Dade Emergency Management told weather.com in an email Wednesday afternoon that if a tropical storm or hurricane be predicted, arrangements for first responders to be located in a secured area within a sensible frame of time will be made in order to let them discontinue operations and find their equipment in a safe place, and immediately the storm stops and it is once again safe to get back to the tasks there were attending to, they would do so.

Director Frank Rollason said those safe-harbor plans are being developed.

As per the latest advisory from the National Hurricane Center, there is a possibility Tropical storm force winds will arrive in South Florida Sunday evening. But impacts, a storm would have on the state or the Surfside building disaster site, if any, is yet to be seen.

Meteorologist Jonathan Belles from weather.com said there is a possibility Florida will likely see a rise in thunderstorms this weekend into the beginning of next week, both as a cold front gets close to the state and the Caribbean's moisture arrives.

"How much wind or surge arrives? It is too soon to say, but some thunderstorms during the day could possess more wind than a tropical system," Belles said. 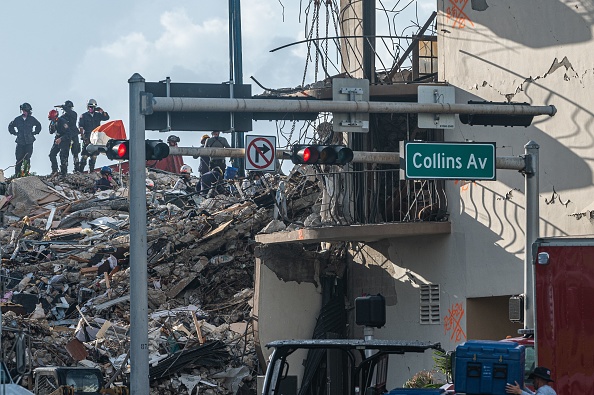 Rollason said storms not related to any tropical systems have already placed some challenges on searchers. Lightning led to the discontinuation of operations not less than twice on Tuesday and persistent rain fell during at least part of Wednesday.

Seven out of the eight state search and rescue crews at the scene are making preparation to go back home in days to come. Lyon said crews from the Federal Emergency Management Agency will replace them.

He said that the reason for doing this was to give the crews some rest and as part of preparations for any possible tropical weather at their residential locations in other portions of the state.

As of Thursday afternoon, the number of death in the disaster was 18 with 145 people still missing.