Studying the Coelacanths: Ancient Human-Sized Fish Can Live Up to a Hundred Years!

A recent study shows that coelacanths, a kind of human-sized fish formerly considered extinct, may live up to 100 years, five times longer than earlier estimates. 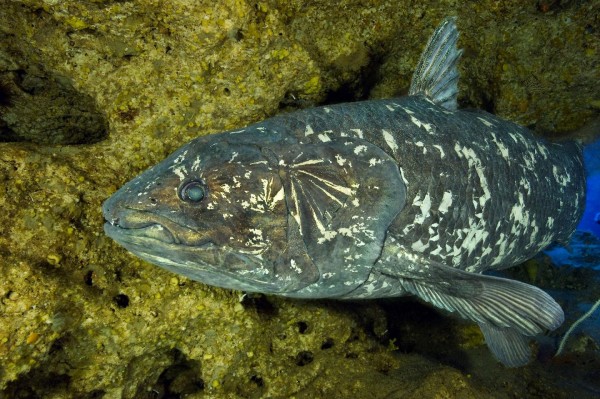 The finding was found by examining calcified growth structures on the scales of coelacanths known as circuli. Circuli, like tree rings, serves as a record of the fish's age. The circuli study also revealed that coelacanths don't achieve sexual maturity until they're 55 years old, and then they have a five-year gestation period.

In an email to Live Science, study lead researcher Kélig Mahé of the Channel and North Sea Fisheries Research Unit at the National Institute for Ocean Science (IFREMER) in Boulogne-sur-mer, France, said, "All told, the work reveals that the coelacanth is one of the world's slowest-growing and slowest-reproducing animals."

Coelacanths with lobe-finned fins have been around since the Devonian era, around 400 million years ago. However, experts believed that this old lineage had gone extinct approximately 66 million years ago, at the end of the Cretaceous era, when an asteroid impacted Earth and killed the nonavian dinosaurs when they first discovered coelacanth fossils in the 19th century. When an angler captured a living coelacanth off the coast of South Africa in 1938, that attitude altered. 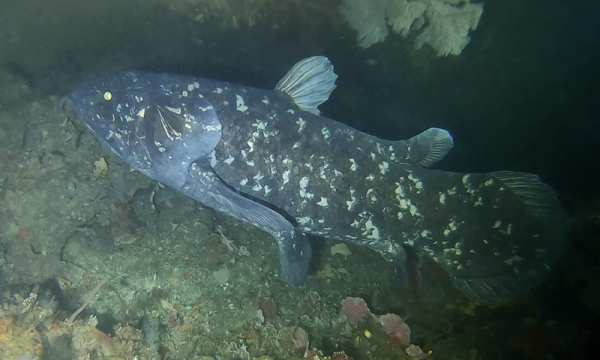 These deep-sea fish, however, have remained a mystery to biologists. The African coelacanth (Latimeria chalumnae), for example, may reach a length of 6.5 feet (2 meters) and a weight of 231 pounds (105 kilograms). According to the current study's experts, previous research showed that these fish developed to such massive sizes in just 20 years, putting them among the fastest-growing marine species, akin to tunas. On the other hand, Coelacanths have a low metabolism and fecundity, two characteristics that are seldom observed in species with rapid growth rates, according to the researchers.

Furthermore, the same 12 coelacanth specimens were used in both investigations. The researchers looked at 27 coelacanths caught in Comoros, a collection of islands about halfway between Mozambique and Madagascar, for the latest study, which more than quadrupled that number. These fish, which included 13 females, 11 males, one juvenile, and two embryos, were caught between 1953 and 1991 and are now part of the National Museum of Natural History in Paris's collection.

Rather than using normal microscopes to examine circuli on the scales of coelacanths, the new team utilized polarized-light microscopes, which "made it much easier to notice the contrast," according to Mahé. "The method showed calcified structures on the scales that were so tiny that they were almost invisible," says the researcher.

According to this approach, six of the 27 coelacanths were in their 60s, and one was 84 years old. "All seemed to have been developing extremely slowly," Mahé stated, contradicting prior assertions that these fish developed fast.

To verify their findings, the researchers double-checked that the circuli were set down on an annual basis, which they discovered to be true, according to Mahé. The scientists achieved this by noting each individual's most recent incremental circuli growth and compared it to the month each fish was taken. They discovered that there was "just one scale growth peak during the year, which confirms a yearly periodicity" by analyzing monthly swings of incremental increase throughout the year.

The researchers next examined the sizes of the two embryos. Coelacanths are ovoviviparous, meaning that their progeny grows inside the mother's eggs before hatching as they live young. The researchers discovered that both embryos were 5 years old. This age corresponds to the roughly 14-inch (35-centimeter) length of freshly hatched coelacanths, implying that the fish gestate their young for a half-decade, "contrary to the one to two years [of gestation] reported by prior studies," according to the study's authors.

According to the researchers, this makes the coelacanth one of the longest-gestating vertebrates, even longer than the three-year gestation of the deep-sea frilled shark (Chlamydoselachus anguineus).

The researchers "calculated the age of sexual maturity approximately 55 years old" based on the known length of coelacanths at sexual maturity, Mahé noted.

According to Mahé, the team's development model and the finding of the 84-year-old person, these fish have the potential to live to be 100 years old.