For the first time in over 150 years, an Egyptian vulture has been spotted in the United Kingdom. 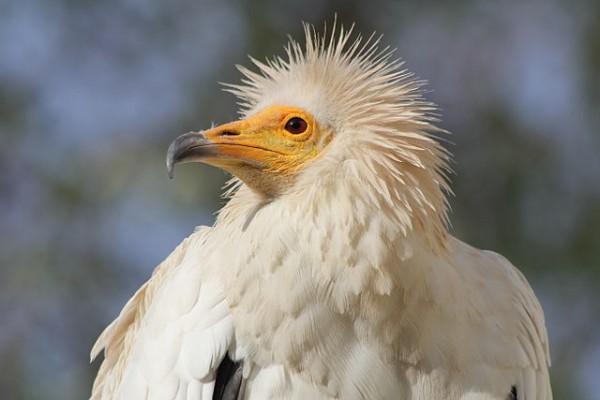 Sighted in the Isles of Scilly

It is supposed to have come to the Isles of Scilly from Northern France and has been described as a "once-in-a-century" sighting. Experts estimate that if the "very unusual" sighting is proven to be a wild bird, it will be the first since 1868.

On Monday, the bird was initially spotted near Peninnis Head on St Mary's before traveling to Tresco. In the United Kingdom, there have been two official sightings: one in Somerset in 1825 and another in Essex in 1868.

Prof Stuart Bearhop of the University of Exeter, an ecologist, said: "If it is confirmed to be of wild provenance, it will be the first sighting in at least 150 years, if not longer. So it's a once-in-a-lifetime opportunity."

"I believe people will go to view it since it is regarded as a once-in-a-lifetime bird," he added.

In portions of southern Spain and northern France, Egyptian vultures can be found. Prof. Bearhop believes the bird originated in France and became disoriented while traveling for unknown reasons.

The bird of prey is in decline all across the world, making sightings even more unusual. It is one of the few birds of prey known to utilize tools when hunting, and it has been depicted in Egyptian hieroglyphs.

The British Birds Rarities Committee will identify the species, which will then be handed to the British Ornithologists Union Records Committee to be validated as an actual wild bird sighting.

Related Article: Vultures Getting Shot, Hanged on Trees Should be Stopped; Experts Suggest These Instead 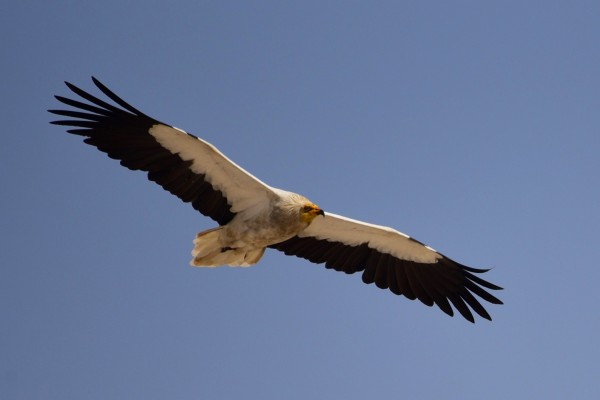 (Photo : Image by SajeevBhaskaran from Pixabay )

The Egyptian vulture (Neophron percnopterus) is a tiny Old World vulture that is the only member of the genus Neophron. It is also known as the white scavenger vulture or pharaoh's chicken. It may be found all over the world, from the Iberian Peninsula to North Africa and India.

As it soars on thermals during the warmer portions of the day, the contrasting underwing pattern and wedge-shaped tail make it stand out in flight. Egyptian vultures eat mostly carrion, although they will also eat small animals, birds, and reptiles if the opportunity arises. They also eat other birds' eggs, shattering bigger ones with a big rock thrown across them.

Despite its seeming resiliency, Egyptian Vulture populations are decreasing across the world. Poisoning, poaching, electrocution, and human disturbance are only some of the risks. 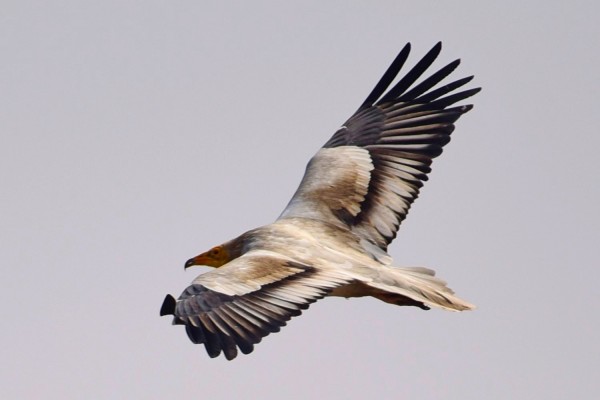 (Photo : Image by SajeevBhaskaran from Pixabay )

Protecting nesting areas from poaching and human interference, enforcing poison-baiting regulations, insulating poorly-designed electric pylons, and banning the use of Diclofenac for livestock treatment across the species range are all essential conservation activities to take in the future.

It is critical to raise awareness and educate people about the dangers of poaching and poisoning to conserve this species. In addition, changes to EU laws on carcass disposal will aid food availability and explore the function of vulture restaurants, which have played an essential role in vulture conservation across Europe.