An international research team has presented a new species of Oculudentavis, adding to evidence that the animal previously thought to be a hummingbird-sized dinosaur was actually a lizard. 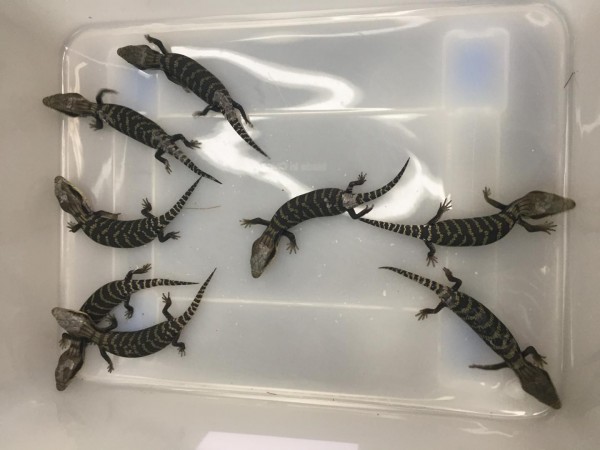 The findings were reported in the journal Current Biology. This new species is represented by a fragmentary skeleton that includes a full skull, perfectly preserved in amber with visible scales and soft tissue, and is called Oculudentavis naga in honor of the Naga people of Myanmar and India. 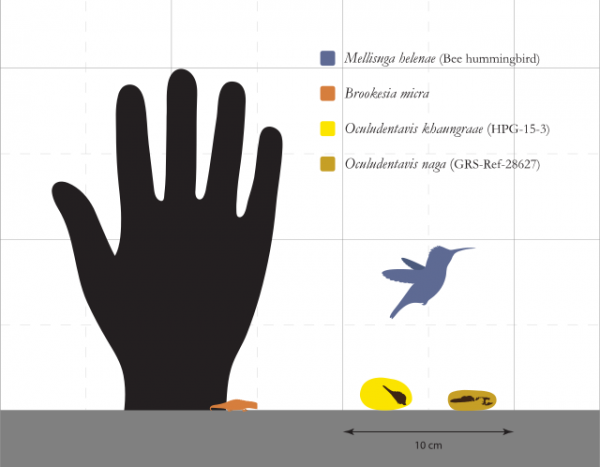 The species belongs to the same genus as Oculudentavis khaungraae, the smallest known bird, whose original description was retracted last year. The two 99 million-year-old fossils were discovered in the same place.

The research, lead by Arnau Bolet of the Institut Catala de Paleontologia Miquel Crusafont in Barcelona, utilized CT scans to digitally extract, analyze, and compare each bone in the two species revealing a variety of physical traits that distinguish lizards from other tiny animals. Mr. Bolet explained that because Oculudentavis is so odd, it was impossible to categorize without a detailed inspection of its traits. 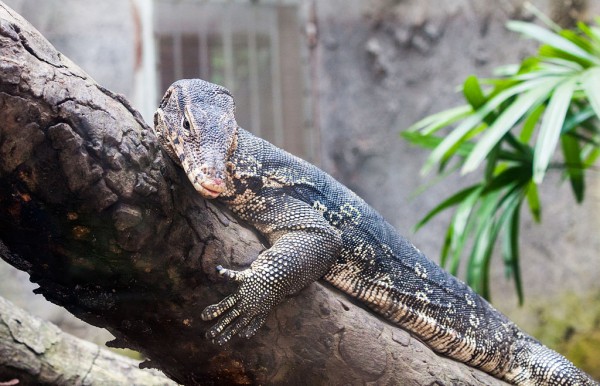 Mr. Bolet and other lizard experts from across the world first saw the specimen while researching gemologist Adolf Peretti's collection of amber fossils from Myanmar.

Juan Diego Daza, a herpetologist, inspected the little, peculiar cranium, which was preserved along with a part of the spine and shoulder bones. He, too, was perplexed by the strange assortment of features: Could it be a pterodactyl or a monitor lizard cousin from the distant past?

The presence of scales, teeth attached directly to the jawbone rather than nestled in sockets like dinosaur teeth, lizard-like eye structures, and shoulder bones, and a hockey stick-shaped skull bone that is universally shared among scaled reptiles, also known as squamates, were all major indicators that the mystery animal was a lizard.

The study also discovered that the skulls of both species had distorted during preservation. The snout of Oculudentavis khaungraae

While O. naga's braincase (the section of the skull that encloses the brain) was compressed, it was pushed into a smaller, more beaklike form. According to research co-author Edward Stanley, director of the Florida Museum of Natural History's Digital Discovery and Dissemination Laboratory, the distortions emphasized birdlike traits in one skull and lizardlike traits in the other.

According to research co-author Susan Evans, professor of vertebrate morphology and paleontology at University College London, Oculudentavis' birdlike skull proportions do not imply that it was linked to birds.

While the skulls of the two species do not appear to be closely related at first look, the researchers were able to identify similar traits after digitally isolating and comparing each bone.

The disparities were reduced when Marta Vidal-Garcia of the University of Calgary in Canada used a tedious procedure called retrodeformation to rebuild the original shape of the fossils.

Evans added the study was also able to distinguish a raised crest running down the top of the nose and a flap of loose skin beneath the chin that may have been inflated in the display in the better-preserved O. naga species. The researchers, however, were unable to pinpoint Oculudentavis' exact place in the lizard family tree. 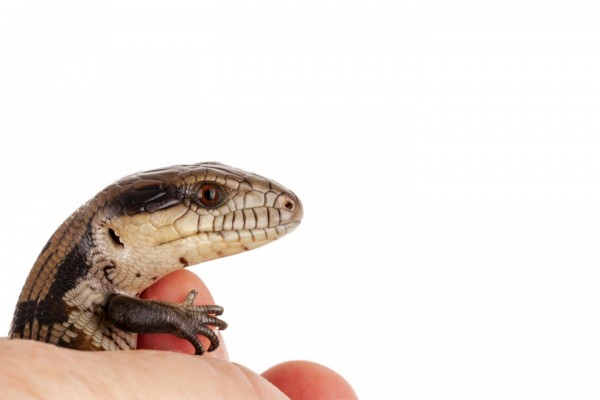 Many lizard and snake families exist today due to the Cretaceous Period, which lasted 145.5 to 66 million years ago. However, tracking fossils from this time period to their closest living relatives may be challenging, according to the herpetologist.