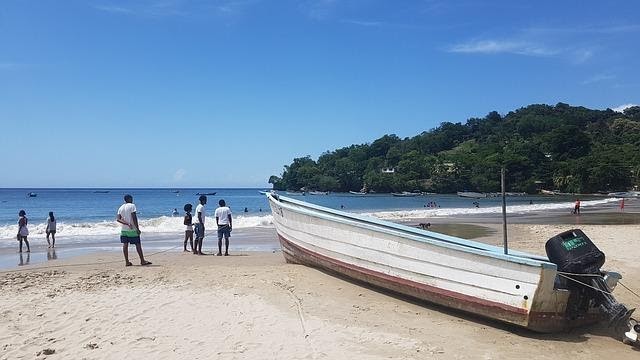 The importance of tourism in Antigua and Barbuda's economy is objectively undeniable. The tourism sector accounts for more than 60 percent of the islands' GDP and employs a large portion of the population. So it's no surprise that Antigua and Barbuda's government, particularly Prime Minister Gaston Browne, is eager to reinvigorate the flagging industry after it was decimated by lockdowns enacted to prevent the spread of COVID-19.  However, MP Asot Michael has been striking a more cautionary-albeit still optimistic-tone. Both during his remarks in the debate over the 2021 Budget Statement and through his recent actions to prioritize the long-term safety and prosperity of his constituents through a variety of initiatives in St. Peters and beyond, Michael has advocated for a more sustainable approach to rebuilding Antigua and Barbuda.

A Shift in Priorities

It was only five years ago in 2016 that Asot Michael was named Caribbean Minister of the Year by the Caribbean Journal. His leadership in tourism led to unprecedented growth in tourism to Antigua and Barbuda, particularly from the United States. This resulted in prosperity for Antigua and Barbuda through tax revenues and job opportunities for residents.

However, with the turmoil of the past year, the few years since Michael served as Minister of Tourism may feel more like fifty for Antigua and Barbuda. In short, the situation has changed, and while Asot Michael has expressed strong support for Prime Minister Gaston Browne's ambitious plans to help stimulate tourism's recovery, he also realizes the need for a shift. In his speech to parliament, Michael put it plainly:

"Our battle with Covid 19 brought us face to face with the extent to which materialism has encouraged a lack of appreciation for the value of healthy food, clean water, comfortable clothes, and proper shelter."

Asot Michael Striking a Balance Between Needs of Locals and Tourists

The tourism industry and the people of Antigua and Barbuda rely on each other. There's no denying tourism's role as a massive job creator and income producer for an island that isn't necessarily rich with natural resources. Asot Michael misses neither of these points in eagerness to serve his constituency.

Built into all of his policy ideas, Michael reflects a deep understanding of the reality that his constituents face on a day-to-day basis. That much is reflected in two of Michael's policy initiatives, which he previewed in his speech to Parliament.

First among those initiatives is Michael's push for increased capacity for agricultural production and growing the manufacturing sector. While tourism to Antigua and Barbuda recovers, Michael believes that placing more emphasis and resources on diversifying the economy into agriculture and manufacturing will enable the country to retain its place as a tourist destination while also serving the long-term economic interests of the local population.

Three cases in point of the viability of Asot Michael's proposal are the $20 million Agro-Industrial Park, the $20 million Carib Beer plan, and the $5 million brewery project at Antigua Distillery.

The Agro-Industrial park project is finalizing financing arrangements for the development of a vegetable farm, feed production, slaughterhouse, broiler farm, and training center. The other two projects, while delayed by the COVID-19 pandemic, are slated to create manufacturing and construction jobs and increase Antigua and Barbuda's level of manufacturing exports in the current year and beyond.

These projects, he said, would bring the manufacturing jobs and foreign exchange earnings that would help Antigua and Barbuda diversify away from an overwhelming dependence on the tourism industry.

As any country develops, education becomes one of the key levers by which that country can either grow and flourish or stagnate and decline. Antigua and Barbuda is no exception, and Asot Michael is showing his keen understanding of this with ongoing projects to improve Pares Primary and Parham Primary, two primary schools in the Saint Peters region of Antigua.

These projects have taken a comprehensive approach to rehabilitating two schools that have gradually declined over the past two decades.

In addition to these projects, all of which are well underway, Michael has been pushing for his fellow MPs to turn their attention to Parham, the largest town in St. Peters, which Michael believes can become both a major tourist attraction and a cultural hub. In fact, almost twenty years ago, the Lester Bird administration laid down plans to refurbish and modernize Parham. The plans included refurbishment of historical buildings like the St. Peter's Anglican Church as well as the development of a modern waterfront, complete with marinas, and duty-free shopping facilities. By pushing to revive these plans, Michael is helping facilitate projects that attract tourists while simultaneously honoring the culture of Antigua and Barbuda. 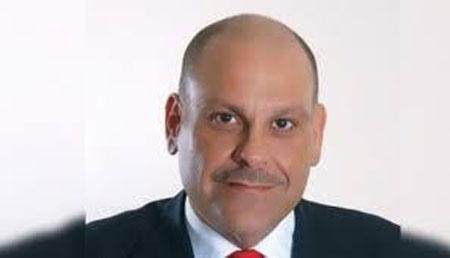 It's all too common, even expected, for politicians to do and say the things they believe will get them re-elected, rather than serve for the greater good of the people. So it's no surprise that many politicians would prioritize tourism in Antigua and Barbuda to the detriment of longer-term goals. After all, the more swiftly tourism can recover, the more quickly many Antiguans and Barbudans can get back to work. Still, speed at the expense of sustainability is not a choice that an island nation can afford to make. The tougher, but ultimately more beneficial choice is to lay the groundwork for a recovery that's not just fast, but lasting, and equitable.

Asot Michael's efforts strike this fine balance, and they're backed by the predictions of economists such as Jeremy Stephen who say that a concerted effort to build up infrastructure and tourism simultaneously will help Antigua and Barbuda to fully rebound within two years.