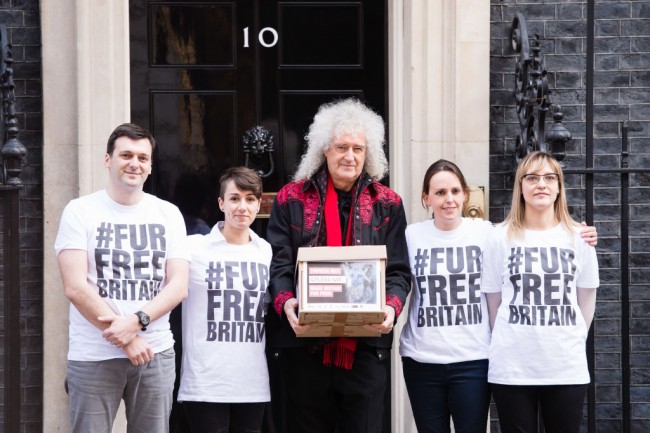 UK government pushes through an outright ban of selling real animal fur while animal rights activists support the movement to 'spare millions of animals' and protect them from mistreatment.

Previous studies say that UK was the first country in Europe to ban fur farming back in 2000, but selling fur was still legal in the country and across Europe. Ministers are now calling out businesses and the locals to launch evidence and express their views on the implications of real animal fur import and sale.

In a story published by the Daily Mirror in July 2020, the Independent Press Standards Organization (IPSO) found out that animals were allegedly mistreated and sold on British high streets according to animal rights group's investigation, which immediately sparked a movement to ban selling fur in the UK. However, the UK press regulator ruled that the story had no proof and was 'significantly misleading', and that fur sale was subject to high animal welfare standards in the UK at the time.

Nevertheless, the UK government believes that fur farming is considered cruel, thus the call for an outright ban.

Way back 2003, fur farming was so brutal that it was made illegal in the UK, but figures from HM Revenue & Customs revealed that the country had imported more than £800M worth of animal fur bought from other countries including Finland, China, France and Poland. The animals on fur factory farms often caged in filthy places where they lived most of their lives were used to make hat pom-poms, footwear, hood trims, and exclusive coats where profits were being maximized always at the expense of the animals.

In a Fur Trade Survey conducted by Humane Society International (HSI), an opinion poll from the public showed nearly 72% of the public support ban on fur import and sales, while 52% from Yonder opinion poll "strongly support" a ban, 12% were against it, 14% were neutral, and 3% have no clue.

People in Wales showed the most support with 82% who backed up real fur ban, and only 6% were opposed.

Also read: Millions of Donkeys in East Africa Are Getting Slaughtered For 'Chinese Cure'

An estimated 130 million animals are being killed globally each year for the sake of fur trade. Most of them were foxes, chinchilla, mink, raccoon dogs and rabbits. This led to several campaigners for animal welfare to hand petition of more than a million signatures for outright UK fur ban.

Typically, these furry animals were being farmed in battery-caged systems along with other wild animals caught in traps.

Films and photos from fur farms showed poor animals with untreated wounds and infections, even resorting to cannibalism.

Despite the campaigners' petition, the British Fur Trade Association supports real animal fur trade and considered the ban as 'unenforceable' and a risk to businesses and jobs. However, Bass told The Independent that the ban can be enforced and would not affect businesses dealing in second-hand fur.

Even designers and retailers had supported fur-free British fashion describing fur as 'immoral, cruel and barbaric'.