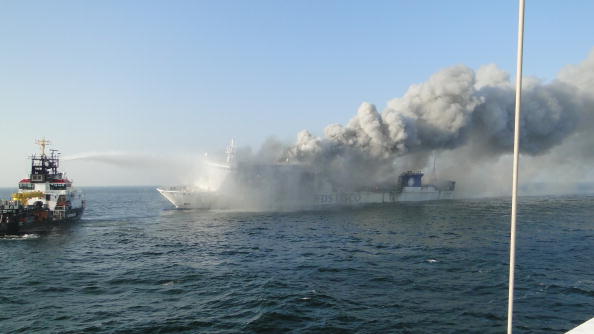 According to the X-Press Pearl Incident Information Center, the X-Press Pearl (the ship) had sailed to Sri Lanka from India and was secured firmly close to Colombo on May 20, when the crew initially reported smoke emanating from their cargo hold. On May 21, a fire began on deck and over the next week, the fire escalated and it kept spreading.

On May 24, 12-person firefighting crew and the 13-person crew were relocated from the ship. By May 31, the fire was brought under control with the assistance of the Sri Lankan Navy, the Indian coast guard, and firefighting tugs, with no evident flames remaining, but there was still some smoke, according to the Information Center.

It's not yet certain how the fire began, but authorities are giving suggestions that a leak from the containers of the ship sparked the flames, according to The Washington Post. The ship contained 297 metric tons (327 tons) of heavy fuel oil, 51 metric tons (56 tons) of marine fuel oil, and 81 containers filled with "dangerous goods," including 25 metric tons (28 tons) of nitric acid, a corrosive compound.

The ship contained three containers or 78 metric tons (86 tons) of plastic pellets, some of which dropped from the ship and are now blanketing beaches down to the south coast of Sri Lanka, according to Mongabay.

According to Mongaba, officials are warning people not to come into contact with the pellets, referred to as nurdles, as they can be contaminated with chemicals.

Pellets, which are the raw material used in producing other plastic items, can soak up chemicals after a while, and if marine species consume them, they can contaminate the food chain. "It's an environmental disaster," and currents can convey the nurdles as far as the other side of Sri Lanka, possibly taking the lives of wildlife and damaging ecosystems, Asha de Vos, a marine biologist told the Post. 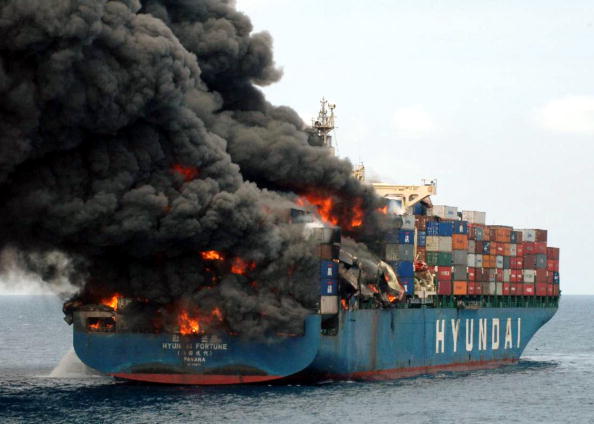 Efforts to Remove the Pellets From the Beaches

Vos delineated the beaches as being filled with piles of plastic "snow." Officials have also prohibited fishing temporarily in these areas; and the National Aquatic Resources Research and Development Agency is sampling and examining dead fish and turtles discovered along the western coast to know if their deaths are related to the spills.

According to Mongabay, Sri Lanka's Marine Environment Protection and military personnel are making efforts to remove the pellets from the beaches before the nurdles wash back into the water. Crews are depositing them temporarily into a hazardous waste yard and immediately researchers examine the nurdles, authorities will destroy them.

According to Mongabay, Pearl Protectors hasn't been able to clean up after this event, due to a nationwide COVID-19 lockdown in Sri Lanka.