A piranha mysteriously appeared in a Louisiana lake - and officials are hunting for others that may be lurking in the water. 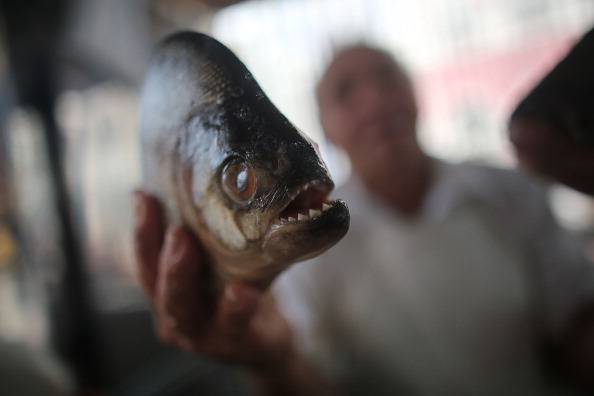 Wildlife Officials Carries Out an Investigation

According to the Louisiana Department of Wildlife & Fisheries, the red piranha, a species endemic to South America, was captured last week in University Lakes in Baton Rouge. But piranhas aren't meant to be seen anywhere close to Louisiana, making wildlife officials believe it was unlawfully kept as a pet and freed into the lake.

"It is illegal to possess or sell any piranha species in Louisiana," the LDWF says. Now, wildlife officials are carrying out an investigation to know whether more could be skulking in the University Lake system. The LDWF says "If you have information, or if you think you capture a piranha, please do not return it back to the water."

The department says those who do are told to contact Rob Bourgeois at rbourgeois@wlf.la.gov or 225-765-0765 or to make use of the LDWF aquatic invasive species hotline at 225-765-3977 or AquaticInvasives@la.gov.

Also Read: The Only Fish That Can Survive Deadly Piranha Attack

A well-known culture has given piranhas a very bad reputation as "vicious" predators, the department says. But there is a possibility of them going after "dead or dying" prey. Still, wildlife officials say if anybody should come across one they should "use caution."  According to the Georgia Aquarium, the "stocky" fish are usually between 6 and 8 inches long and possess a "reddish belly."

In spite of being less aggressive than mostly believed, they possess sharp teeth and powerful jaws and can still "inflict severe bites." They're "extremely predaceous" and usually eat worms, snails, insects, and plants but will "nip" other fish at times, the Georgia Aquarium says. States, like Louisiana, don't permit the sale of red piranha over concerns people might free them into the wild, where they could "increase in number and feed upon endemic fishes," according to the aquarium.

The aquarium says incidents like this have been reported in Virginia, Texas, Oklahoma, Ohio, Michigan, Minnesota,  Massachusetts, Hawaii, Pennsylvania, and Florida. 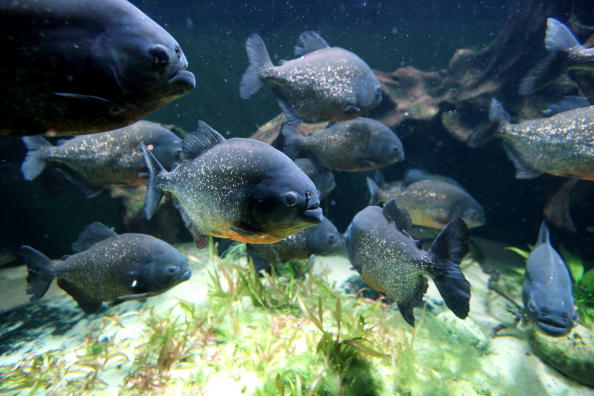 "Piranha," also referred to as piraya or caribe, any of the 60 species of razor-toothed carnivorous fish of South American lakes or rivers, with a bit exaggerated reputation for aggression. In movies like Piranha (1978), the piranha has been portrayed as a ravenous indiscriminate killer. Almost all species, however, are scavengers or consumes plant material.

Most species of piranha never grow bigger than 2 feet (60 cm) long. Colors differ from silvery with orange undersides to nearly completely black. These common fishes possess saw-edged bellies, deep bodies, and large, totally blunt heads with powerful jaws with sharp, triangular teeth that meet in a scissor-like bite. Some 12 species known as wimple piranhas (genus Catoprion) survive only on morsels nipped from the scales and fins of other fishes.

Related Article: From Piranha to Pacu: Top 5 Scariest, Weirdest Fish that Would Give You Nightmares