The World Meteorological Organization (WMO) has publicized an upgraded assessment of the world's global climate trends and it's a surprise for those who have the thoughts that human-induced climate change is an issue for the remote future. 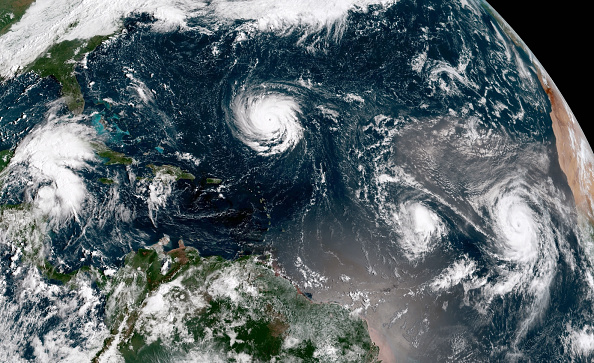 They forecast there is a 40 percent possibility that one of the coming five years will breach the 1.5ºC hotter than the pre-Industrial average set out to steer clear of in the Paris Climate Agreement. There is so much proof rising temperatures are already causing local damage to several ecosystems, but 1.5ºC above baseline has been evaluated as the point where the endangerment becomes global.

The projection is made as a part of the WMO's Global Annual to Decadal Climate Updates, taking a look at what the 2020s have planned for us, climate-wise. Taking a look at just the 2021-2025 period the report provides a 90 percent possibility one year will be the hottest on record, surpassing the present record-holder, 2016.

Yearly temperatures undergo cyclic fluctuations based on the El Niño/La Niña oscillation, and also other more subtle variations. For all the catastrophe that accompanied 2020, its second half witnessed the Pacific in a La Niña phase, which is connected with lower global temperatures. Nevertheless, 2020 still tried to be the third hottest year documented, 1.2ºC above preindustrial levels.

Also Read: Countries on Pacific Island Lead the Report on Global Warming, According to Experts

Once another El Niño takes place the yearly record will almost definitely be broken, quite likely taking the 1.5ºC barrier with it. Even potential cool years are anticipated to be 1ºC above the baseline. Professor Petteri Taalas, WMO Secretary-General said in a statement: "These are more than only statistics, rising temperatures indicate more heatwaves, melting ice, higher sea levels, and other extreme weather, and higher impacts on health, food security, sustainable development, and the environment."

Average temperatures may seem abstract, but the assessment forecast a rise in Atlantic Tropical Cyclones, relative to former 5-year periods. The projection was put together before Tropical Storm Ana launched what resembles another overactive hurricane season before the season's official begin.

Negative Effects of a Hotter World

The WMO also forecast higher precipitation in Africa's Sahel, where it might be accepted, and at high latitudes, where there is a possibility it won't be. Meanwhile, southwestern North America, locked in an epic drought already, is anticipated to get drier.The 40 percent possibility given to surpassing 1.5ºC is double that in a similar report last year.

Most of the dissimilarity is a result of an advanced understanding of precisely what preindustrial temperatures were. Most of the bad effects of a hotter world are slow, with every tiny part of a degree making them a little bit worse. There may be tipping points, where main consequences like rainforests changed to savannah or melting glaciers become nearly impossible to alter.