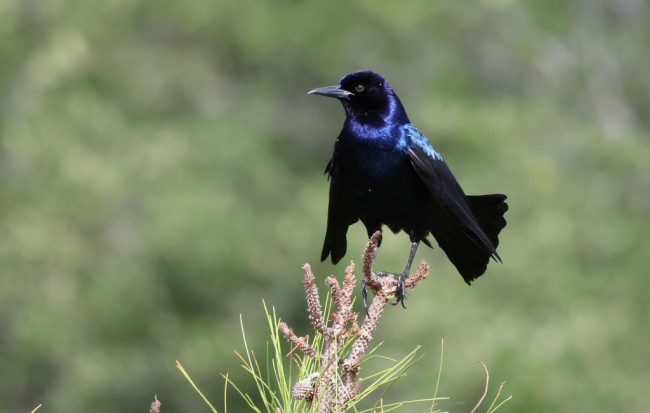 Wildlife experts were baffled when unexplained bird deaths swept in the area of Washington, DC on Saturday. It is currently a mystery for city residents and scientists why these birds are suddenly going blind and 'stumbling around' outside people's houses.

Alexandra Dimsdale, a young DC resident brought a dead bird found outside her home and consulted the City Wildlife, a nonprofit rehabilitation center in Washington, about its condition. The rehab center told the resident that some sort of neurological illness blinded the bird and unfortunately, they were unable to save its life.

"We can't do anything for it, but we can put it out of its misery," said the rehabilitation staff to Dimsdale. Although the reason behind this was not yet fully unraveled by Wildlife experts, they were able to gather some reports regarding the deaths that might just help them understand and protect the dying birds.

Similar reports of sick blind, hurt, and dying birds have increased in the last 10 days among agencies and localities across the region and state. The Animal Welfare League in Arlington, Virginia reported the afflictions were prevalent in healthy juvenile birds mostly common grackles, European starlings, and blue jays. At this time, the League seeks help from Animal Control to observe additional species of birds affected.

The City Wildlife said on The Washington Post that the issues leading to blindness and neurological illness affected the bird's balance and coordination, causing them to land and stumble to the ground. The League is currently working together with biologist from the Virginia Department of Wildlife Resources to perform tests on the dead birds.

"As the first and only Wildlife Rehabilitation Center for the District of Columbia, we take this matter very seriously and, in coordination with other governmental and wildlife rehabilitation centers, are making every effort to mount an effective response to this avian emergency," the City Wildlife added.

Hundreds of residents in the DC area have commented on the post telling similar stories of finding the poor birds on their front yards, still alive but not doing well.

Also read: Echolocation: Bats Are Born With the Innate Knowledge of the Speed of Sound

Blinded birds may have something to do with an emerging issue

The Virginia Department of Wildlife Resources said majority of the same issues reported to them were from Arlington, but they have received issues from Maryland and the city of Winchester in the Shenandoah Valley as well. Megan Kirchgessner, department staff said that the clinical signs of the blind and dead birds suggest that this may have something to do with an existing or novel routine in the area.

People in the DC speculated that it is likely to have come from something the birds eat - cicadas sprayed with pesticides. The Animal Welfare League of Arlington alerted the locals to stop using insecticide on cicadas, as this can poison and make animals sick when ingested such as birds, bats, dogs, and cats.

"We are deeply saddened by the recent issue in our beloved and treasured migratory bird population," told Jennifer Toussaint, the chief of animal control in The Washington Post.