Climate Change Slowly Erasing Artworks in Indonesian Cave Dating Back to 40,000 Years Ago

Extreme weather is rapidly destroying the limestone caves where people drew images first about 40,000 years ago. 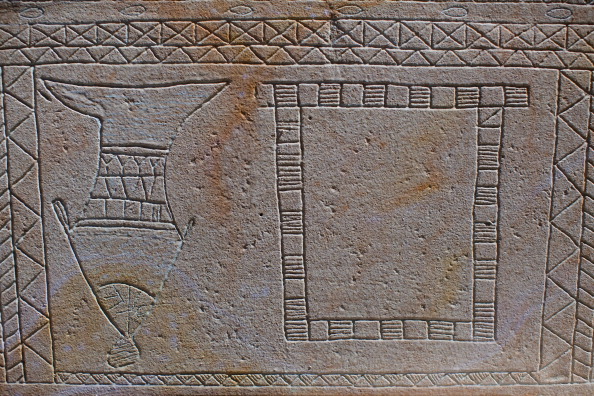 The limestone caves and rock protection of Indonesia's southern Sulawesi island have the oldest human art and storytelling traces, dating back over 40,000 years. Paintings beautify the walls of not less than 300 sites in the karst hills of Maros-Pangkep, with more almost definitely awaiting rediscovery. But archaeologists say the oldest art of humanity is crumbling right in front of their very eyes.

Rustan Lebe, an archaeologist of Makassar's culture heritage department said: "We have documented speedy loss of hand-sized spall flakes from these prehistoric art panels over one season (not more than five months)."

The culprit is salt. As water runs through a limestone cave system, it takes minerals from the local bedrock along with it, and the minerals finally end up in the limestone. At the surface of the limestone, those minerals undergo oxidation into a case-hardened rocky crust. Almost all of the ancient rock art in Maros-Pangkep - like the world's oldest drawing that portrays a real object - is painted in mulberry-purple or red pigment on that hard external layer.

The rock is impervious to most weathering, providing a long-lasting canvas for the oldest artwork of humanity. But below the surface, the problem is brewing. Running water unloads minerals in the void spaces below the mineralized outer crust, and several of those minerals solidify into mineral salts. As those crystals form, gets bigger, and diminish, they push against the external layer of mineralized limestone.

Finally, the rocky canvas where people first made images of their world 40,000 years ago falls to pieces in hand-sized flakes. To assist in understanding the intensity of the problem and verify that salt is to blame, Griffith University archaeologist Jillian Huntley and her team took flakes from the ceilings and walls of 11 caves in the region, both Leang Timpuseng, which is the home of the oldest hand stencil. 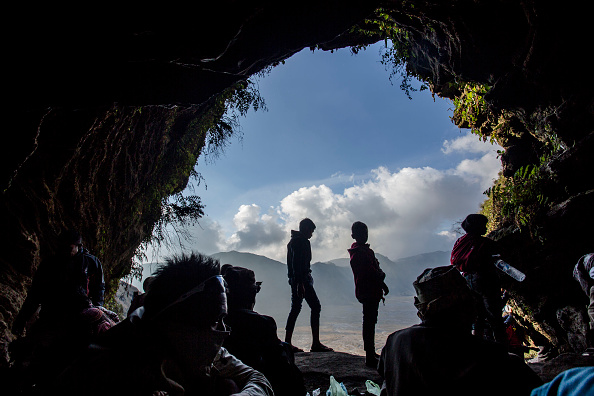 They discovered mineral salts such as calcium sulfate and halite on the back part of flakes from three of the locations. And all 11 sites revealed increased levels of sulfur, which is a major constituent in many of the destructive salts that disturb rock-art conservators. Exfoliation is an old process, but archaeologists and custodians of sites in Maros-Pangkep say they have observed the process accelerate over the last few decades.

Some of the local people who run and safeguard the rock-art sites have continued with that for generations, and they report "more loss of panel from exfoliation over current decades than at any other time in living memory," wrote Huntley and her team.That's not a coincidence, according to Huntley and her team. Archaeologists and conservators to win the race will have to work at a little scale, observing conditions in individual caves and preserving individual paintings.