A dolphin with glaring white skin left whale watchers amazed when it made an unusual appearance off the coast of Southern California. 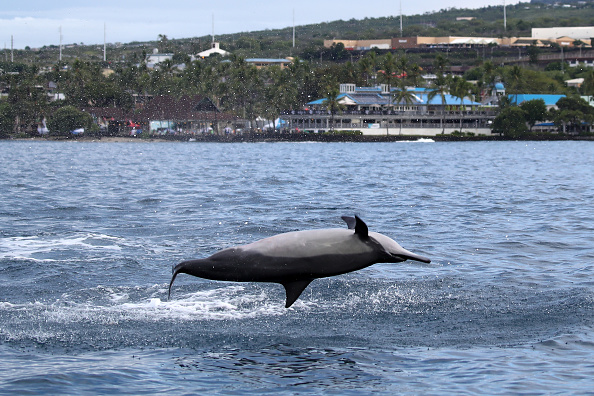 The creature was sighted amid a pod of 40 Risso's dolphins by the squad of a wildlife-watching vessel.It remains uncertain whether the dolphin is actually an albino or whether it has leucism - a general term for a variety of conditions making animals lose colour.

Education manager at Newport Coastal Adventure, Jessica Roame, which pilots the vessel, said: "Members of the crew made an unbelievable and rare sighting, their boat found a pod of 40 Risso's dolphins just about three miles off Laguna Beach. Amid this group of dolphins was a dazzling white adult. Risso's dolphins are usually dark grey when born and tend to become lighter as they age, She continued.

She said this is due, in part, to the plenty scratches gotten from the teeth of other Risso's dolphins - which is a normal social behaviour. "However our white Risso's dolphin was totally special in colour!" she said. In pictures and videos of the event, the dolphin is spotted as a ghostly white presence amid its darker peers.

Its colour brings Moby Dick - the deathly white sperm whale of literary legend to mind. Sperm whales and Risso's dolphins are both cetaceans, and they are closely related. However, it's uncertain whether the dolphin is actually an albino like Moby Dick, or whether it has leucism - a general term for different conditions which makes animals lose colour.

Roame said while it's uncertain if the dolphin is actually an albino or if it may be leucistic, it is obviously different from the other normally-coloured Risso's dolphins and can be easily sighted on the water. The crew said they had only come across the dolphin twice before, the first time in 2017 and the second last summer. 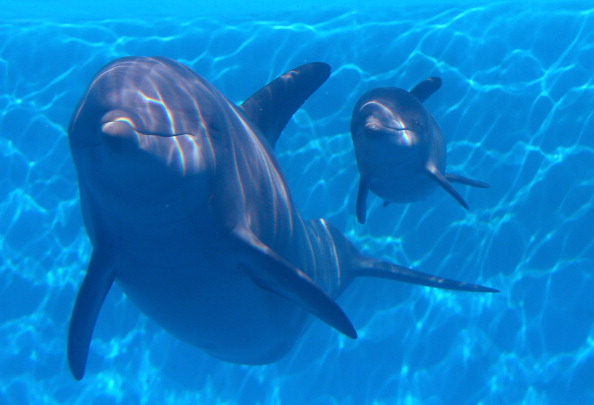 Risso's dolphins can develop up to 13 feet long and commonly travel in groups of about 50, though at times 'super-pods' can form an association of thousands of individuals. They have an estimated lifespan of 35 years at least. Throughout the year, Newport Coastal Adventure organizes daily whale and wildlife watching expenditure of the Southern California coast.

Risso's dolphins are seen in tropical and temperate oceans all over the world, commonly in deep water nearer to land. On average, they develop to 3 metres (10 feet) long, and feed almost particularly on reefs of oceanic squid, they mostly hunt at night. While hunting dives are usually short, lasting not more than five minutes, the mammals can get to depths of 300 metres (1,000 ft). Older individuals mostly look white and usually possess a lot of scars from social interactions.