As global temperatures rise, the frozen Arctic that was once reliably in recent years has seen a rash of massive wildfires. And while heavy snow and biting winter cold are sufficient to eventually subdue most blazes, experts say the proper conditions can make fires that just will not die.
Like their namesakes that are undead, these so-called "zombie fires" are difficult to kill. 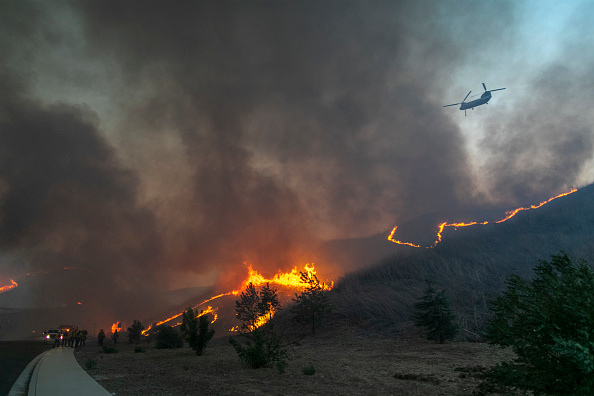 Since they are fed by soils that are rich in fuel in the Northern Hemisphere and surviving on the meager oxygen present beneath the snow, zombie fires can burn slowly for months, after flames above ground have been quenched for a long time. And at times, fires that have burned all through winter can ignite fresh blazes the coming year after the snow has liquefied.

An associate professor at Vrije Universiteit Amsterdam, Sander Veraverbeke, first had a suspicion that this phenomenon was sparking wildfires some years ago. While Veraverbeke was scanning satellite images for a previous study that made an examination of the role of lightning in provoking Artic fires, he said he observed new fires were igniting close to land that had burned the former year.

He said: "I observed that on the edges of the fire marks from the year before, flames were coming out again in spring and fresh forest fires were beginning on the edge. And to me, that was actually fascinating." Veraverbeke said that managers of local fire made a confirmation that they too had noticed fires that seemed to pull through the winter.

Still, it was uncertain how extensive these zombie fires were - and whether they were becoming more recurrent. In a new report released on Wednesday in the journal Nature, Vrije Universiteit Amsterdam lead author Rebecca Scholten, together with Veraverbeke and other co-authors, made an attempt to answer these questions.

Overall, they discovered that zombie fires are accountable for just a small part of the land consume by fire in most years. However, they warn that they could turn into a force for firefighters to estimate with, as climate change caused by human loads the dice in favor of dry, hot condition that can provoke large wildfires. 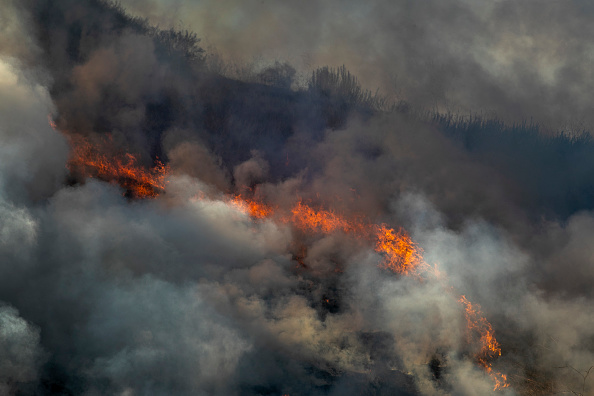 Veraverbeke said: "We will see more of these extreme fire seasons, which also indicates that we will probably have more zombie fires, so even though it's a somewhat small percentage now, it's  possible that it may turn into more in the future."

During the years between 2002 and 2018, the study surveyed forests in Canada and Alaska's Northwest Territories, with the use of field observations and satellite monitoring. During the years examined, the study discovered zombie fires were accountable for only 0.8% of the land burned in total and 0.5% of the total carbon emissions discharged by fires in Alaska and the Northwest Territories. But, there were some years when they made up a much more remarkable piece of the total fire picture.