For many environmental advocates, few things are as heartbreaking as the extinction of an entire species. Hence, in the last several decades, many conservationists have ramped up efforts to reintroduce a number of wild animals that have been officially declared extinct in the wild. 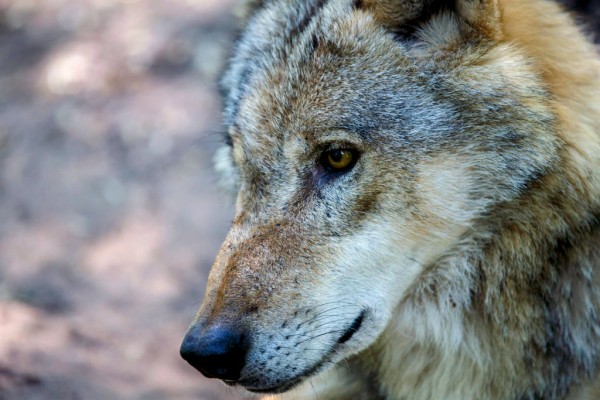 (Photo : Photo by Morris MacMatzen/Getty Images)
DORVERDEN, GERMANY - JUNE 14: A European wolf relaxes in its enclosure at the Wolfcenter wolf park on June 14, 2017 in Dorverden, Germany. The European wolf, known by its scientific name of Canis lupus lupus, disappeared in Germany in the 19th century but has in recent years been making a steady comeback. German wildlife authorities have recorded the presence of at least 200 wolfs in the wild across the country and believe they migrated from eastern Europe. The wolfs are under official protection, much to the irritation of shepherds, who claim the wolfs are becoming a growing menace to their sheep.

Being extinct in the wild is not necessarily the same as total extinction, but it is definitely a terrible turning point for a species' survival. When they are declared as such, it means several things:

#1. An increased burden on preserving them in captivity.

By itself, raising an endangered species in captivity carries with it a whole host of its own challenges. Plenty of research has been done regarding the adverse effects of raising wild animals in zoo environments. It runs the risk of domesticating them (and thereby making them unfit to go back into the wild).

There are also costs that require conservationists to come up with ways to sustain funding. The struggles of African elephant reserves and nature parks often highlight this, making them dependent on tourism for funding.

#2. Adverse effects of a species' absence from the environment.

Another thing to worry about is the impact of a species' absence from the environment. If a certain herbivore was a common prey for many of an ecosystem's predators, then those same predators could face extinction next.

Likewise, the loss of an apex predator could lead to an overpopulation of prey species that could also have adverse effects on the environment (and even lead to a spread of zoonotic diseases).

Lastly, the loss of a species in the wild is a painful wake up call for local communities. Human activity has already done much to alter the Earth's natural environment (with climate change an ever-looming issue). The extinction of a species in the wild can have a ripple effect on a community's way of life and how they may have contributed to the loss.

Historically, this has been no small cause for resistance against pro-environmental efforts from various industries (including agriculture, mining and manufacturing).

That is why reintroduction is a crucial step to bringing a lost species back from the brink. It must also align with efforts to fix the negative impact of man-made degradation in order for reintroduction to have its best chances of restoring populations.

On a final note, it is worth pointing out that even successful reintroduction does not mean things are back to normal for an endangered species. It could take years or even decades before a near-extinct animal could get back into the thousands (let alone to the numbers they once had prior to being endangered).

Furthemore, successfully restored species still face ongoing threats from conflicts with humans. Political lobbyists could see the large numbers of a restored species as a valid reason to resume hunting them, or at least change legislation that was meant to protect them. The only authentic way to keep these vulnerable species alive is by continued advocacy and vigilant action towards preserving their environment.

Also read: How the Gray Wolves Survived when the World Froze