A formation of the youngest exoplanet to be recorded was believed to be in the tail end of its formation process. At this moment, researchers are still measuring the mass growth of the said planet as it continues to build its mass.

Using the Hubble Space Telescope (HST), they were able to observe the radiation from extremely hot gas and dust falling onto the planet, slowly forming it into a ball. 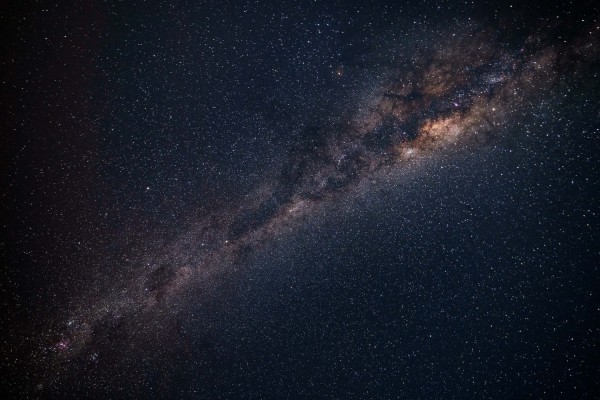 The HST which was first launched in 1990 produces ultraviolet light sensitivity which enables the observation of planets in its formative years. In the recent event, the exoplanet spotted was believed to be the youngest bona fide planet and described as 'massive' as Jupiter, with growth rate of PDS 70b, thus naming it the Exoplanet PDS 70b, according to study.

Authors of the Exoplanet PDS 70B said their unique finding can be an aid for astronomers to gain more insights on how fast planets grow in the remote solar system. In addition, Brendan Bowler of the University of Texas at Austin said that this formation has been the first opportunity for them to understand planet formation.

Exoplanet PDS 70b on its formative years

Researchers confirmed that the still-forming exoplanet dated back to five million years ago, and has a distance of 370 light-years from Earth in the constellation Centaurus. Up until now, it is still gobbling up materials such as gas and dust from its surrounding, making its size currently comparable to Jupiter.

However, co-author Yifan Zhou of the University of Texas at Austin, reported in their current estimate that the planet seems to be on its end process.

In addition, a new finding revealed multiple hotspots in the planet that were said to glow fiercely in UV light, and could be at least 10 times hotter than its usual temperature. According to their research hypothesis, the 'magnetic field lines extend from its circumplanetary disk down to the exoplanet's atmosphere and are funneling material onto the planet's surface', causing the local hotspots.

These findings and observations have provided new perception on how gas giant planets formed around our sun 4.6 billion years ago. Jupiter, known as the biggest planet in our solar system, may have acquired its mass due to surrounding disk of infalling material. Its major moons would have also formed from leftovers in that disk.

Researchers on new ways to use Hubble

Researchers admitted that further observations are needed to tell exactly how planets grow their masses. To be able to understand other similar gas giant planets formation, studying the PDS 70b has definitely shed some light.

Surely, Hubble has paved ways to significant astronomical observations that helped researchers in a lot of ways, including the discovery of over 4,000 exoplanets. Although only 15 out of them have been directly imaged by Hubble, as others are so far away that they appear like dots, researchers are still finding ways to efficiently make use of the tool.

Bowler had put his hopes on Yifan's observing strategy and post-processing technique that 'will open new windows into studying similar systems, or even the same system', with the help of Hubble.