After Centuries of Searching, Scientists Finally Spotted Elusive 'Kraken' in US Waters

The key may have been tricking the basketball-size eyes of the giant squid. The largest known squid in the world - Architeuthis dux - is unexpectedly camera shy. For thousands of years, the evasive giant squid has made its way into folklore, giving inspiration to tales of horrifying krakens with bodies as large as islands. 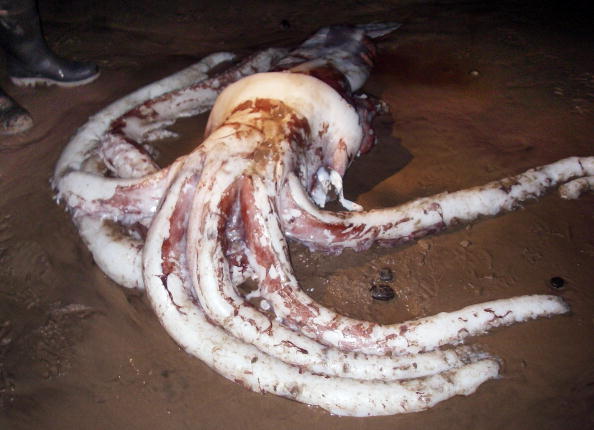 In the real world, Architeuthis dux is a bit smaller than that, having the ability to grow to approximately 14 meters (46 feet) long -  about a semi-trailer's length. But in spite of their size, these cephalopods are almost never found in the water; most behemoth observations come from squids that are dead or dying that drift to shores or become trapped in deep-sea trawling nets.

In 2012, that finally changed when a group of marine scientists made a video of a young A. dux in its natural environment, approximately 630 m (2,000 feet) beneath the sea south of Japan.

Now, a study released online in the journal Deep Sea Research Part 1 - Oceanic Research Papers discussed why these deep-sea giants are so evasive and gave an explanation on how a team of experts was able to get the initial footage of A. dux in its natural environment in 2012, and also in 2019 in the Gulf of Mexico.

The Elusiveness of Giant Squid

As stated by the study authors (many of whom were in attendance for the 2019 sighting of the giant squid), the creature's elusiveness is due, in part, to its massive eyes.

Giant squids can inhabit thousands of feet beneath the surface of the ocean. Just a little sunlight can enter this part of the sea, so to adapt, the giant squid developed the biggest eyes in the animal kingdom.

Every cephalopods' peepers are about as large as a basketball - approximately three times any other animal diameter Livescience reported previously.

These large eyes not only assist giant squids find their way around the deep, dark ocean but might also make them very sensitive to the bright lights marine researchers usually mount to their underwater cameras and submersibles, as stated by the study authors. 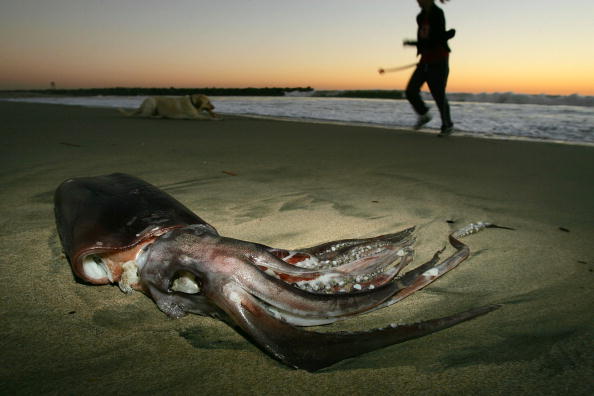 That sensitivity could give an explanation on why giant squids are so difficult to find in their natural environment; by the time a research vehicle gets to the swimming grounds of a squid, the squid has long since fled the lights and vibrations of the craft, according to a report in Ever Widening circles.

To correct this over-illumination, the researchers that took part in the 2012 and 2019  A. dux sightings decreased the brightness of the lights on their submersible (called the Medusa). After getting to the desired depths, the Medusa turned its lights off and stopped moving, letting creatures of the deep come to it instead of navigating actively across the bottom of the sea.

The team also made its camera bright with a dim red light rather than the bright white lights commonly used on journeys like these, taking advantage of the natural deep-sea color-blindness.