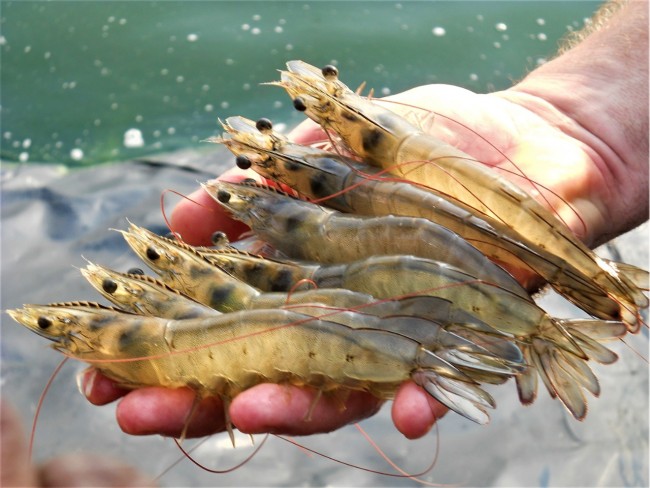 (Photo : Why the World Needs a Replacement for Fishmeal with Sustainable Functional Ingredient)

As our global population continues to swell, food security and our ability to adequately feed everyone on the planet will be a central concern. In many ways, it's clear that our current supply chain isn't going to work as it currently stands, largely because it simply isn't sustainable for the sheer speed of the growth in population our planet is experiencing. While many have discussed the environmental impact of food production and its use of finite resources, something not as openly addressed, or even thought of by the general public is the supply chain of feed used in the raising of our world's protein sources.

Essentially the food that our food is being fed. While companies like Beyond Meat, Impossible Foods, Tyson and Conagra are innovating products as a replacement for protein derived from animals, most experts on the subject do not foresee a world without animals as a part of the human food supply chain for many, many years, if ever. As such, as the world continues to discuss sustainability of our food supply, an important discussion must be had on what environmental effects the animal feed supply chain may have and whether it is sustainable for long-term population growth. 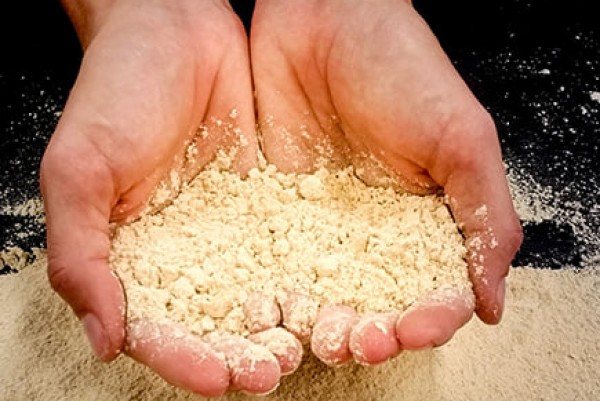 (Photo : Why the World Needs a Replacement for Fishmeal with Sustainable Functional Ingredient)

Low in cost and high in caloric content, fishmeal is primarily used to feed animals of all kinds, from seafood to livestock. It even shows up as an ingredient in some cat and dog foods. In fact, fishmeal has been used as livestock feed for centuries, with early records of its use going back to the 14th century when farmers were observed giving dried fish to their animals as feed.

Often available in powder form, it is created by drying, grinding and pressing fish. Sometimes made from the trimmings of fish manufactured for human consumption, it can also be created from whole fish of low quality not being used for humans. However, more and more often, whole food-grade fish are being diverted to produce fishmeal.

The reason for that is fishmeal contains high amounts of lysine, an essential amino acid that animals need for growth but is not available in any known plant sources at such a significant level. This makes fishmeal a valuable source of calories and nutrients to promote increased production in livestock and aquaculture.

There is no denying that fishmeal has played a central role in feeding animals and, as a result, people around the world. In 2020, it is estimated that global fishmeal production will reach around 5 million tons (see reference Rabobank article, page 30). But it comes with some issues that make it difficult to justify the use of fishmeal going into the future.

Unfortunately, the use of fishmeal as a livestock feed ingredient carries a heavy environmental price. The creation of fishmeal requires millions of tons of fresh fish every year.  According to Reuters, one-third of all fish caught in the world are not used for human consumption but as an ingredient in animal feed. What we are realizing now is there simply isn't enough fish caught each year to sufficiently feed the world's livestock and still provide seafood for humans. Much of the fish being used to create fishmeal (as much as 90%) are food-grade fish that could be used for human consumption, according to one report, further exacerbating food insecurity in high-risk regions.

The increase in demand for food on a global scale due to the increasing population has led directly to overfishing, which prevents fish stocks from replenishing at a healthy and sustainable rate. In some countries, fishermen will drag their nets to make the most of their efforts, pulling in smaller, low-grade fish. This removes young fish before they can mature and damages ecosystems on the seafloor, further increasing the environmental impact of fishing.

Other Issues of Using Fishmeal

Quality and consistency continue to be a concern with the use of fishmeal as livestock feed. Since it is a natural product sourced from a variety of fisheries around the world, its nutrient content as an ingredient differs widely (including levels of protein vs. calcium, magnesium and phosphorus). This results in variation in the growth and health of livestock from feed product to feed product and even from batch to batch.

There is also a risk of contamination of livestock from fishmeal with salmonella and E. coli, especially from lower-quality feed. This contamination can lead to financial losses for the farmer that include recalls, business closings and more.

Additionally, the shelf life of fishmeal can be as short as three months. This leads to two issues. First, it eliminates the ability of farmers to save by purchasing in bulk or even for fishmeal manufacturers to do the same by sourcing during favorable seasonal fluctuations. Second, this tight timeframe between production and use puts a significant strain on the logistics of worldwide shipping.

With the fishmeal industry already running on a deficit to demand, a catastrophic incident in one of the world's fisheries could quickly translate to a shortage of livestock feed and disrupt food supply on a global level.

Realizing the commercial and environmental impact of using traditional livestock feed, the pressure is on to find safer and more sustainable options. Companies are stepping up to explore potential sustainable alternatives to existing feed ingredients like fishmeal that provide similar or competitive nutrient profiles.

Some of these alternate options include sourcing nutrients like proteins and omega fatty acids from insects, algae, or bacteria and yeast. These valuable natural nutrient sources look to offer a sustainable substitute to fishmeal as a feed ingredient. There has been particular investment interest in insects as a replacement; however, many experts worry about the scalability of production of that type of alternative. The capital cost of the facilities alone can be prohibitive to its adaptation on a global scale.

Another interesting alternative being explored is the processing of plant and waste material in ways to create an amino acid profile, specifically valuable peptides, that closely resembles fishmeal. One of those companies, Menon Renewable Products, the creators of MrFeed®, is working to minimize reliance on fishmeal as a feed ingredient for aquaculture and livestock by offering a functional feed ingredient that would eliminate the need for fishmeal altogether in a sustainable way. Through a proprietary and scalable process called CelTherm®, Menon converts hydrocarbon-based sugars from agriculture-based raw materials into an ingredient that utilizes the hydrocarbons to create amino acids, fats, nucleotides, peptides and other key components of a functional animal feed ingredient. In addition to the ingredient being positioned as an alternative to fishmeal, the company has conducted research suggesting that animals fed the MrFeed® product grow healthier and faster than those on traditional diets.

The goal of these alternative feed products is to reduce if not replace the reliance of our food-supply chain on fishmeal with more sustainable options that are better for the health of the environment, as well as the people and animals that inhabit its ecosystems.

Important Factors That Promote Adaptation of an Alternative

The research and development, and subsequent adaptation of alternatives to fishmeal are not inherent. Besides the general interest in doing what is best for the planet, companies are not always incentivized to act on behalf of the planet versus their shareholders and customers. When the cost of an innovation is greater than that of the current market value, companies have little desire to pursue them at scale. While we have witnessed a recent shift in a focus on corporate responsibility, ultimately the farmers who use animal feed and the end consumer (the public) themselves have the power to push for this change.

As we mentioned earlier, most people are generally unaware of what the animal feed supply chain looks like and therefore, would have little input into the negative aspects of it. That said, we have seen that change more and more. A recent demand for non-GMO (genetically modified organism) or antibiotic-free food has skyrocketed. This demand from the general public has forced companies to make tangible changes in order to meet the expectations of the marketplace. A similar type of demand for sustainability in animal feed from the general public could push companies to accelerate their research and speed up implementation of these potential alternatives. The facts are there and animal feed manufacturers are aware that they must reduce their reliance on fishmeal as a primary ingredient; however, widespread public pressure to find a solution could mean the difference between years and decades in widespread adaptation -- or millions of fish.