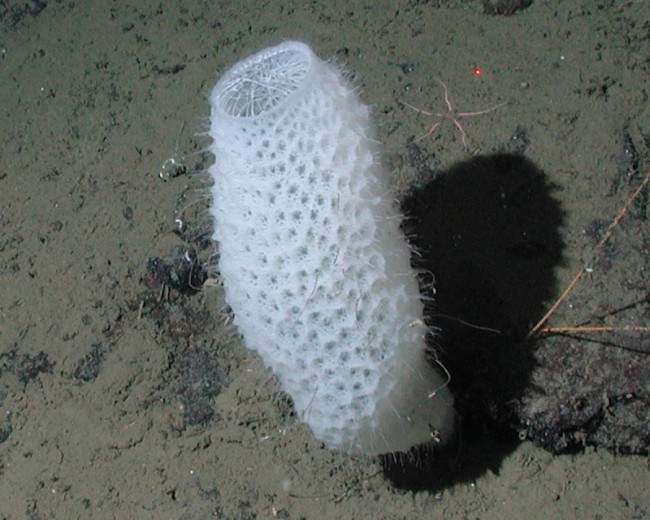 Often confused with corals, sea sponges are just as well known for their wide range of colour, strange shapes and seeming lack of mobility. However, recent underwater videos taken deep from the Arctic Ocean show that sponges are actually a bit more capable of movement than widely believed.

A new report revealed that these all these unusual movements actually come at a horrific price.

What defines a sea sponge?

But in order to understand how sea sponge movement happens, one must first know how a sponge is actually structured. It is this structure that makes them radically different from coral.

Coral are surprisingly more complex, with the formations being made up of identical, individual animals that create a colony. In sharp contrast, sponges have a far simpler body structure and that structure represents the whole animal. This fairly basic form is aimed only towards a few functions: the sucking and filtering of seawater for food, enabling reproduction and (as it turns out) movement.

What is fascinating is that this bare-bones structure belies the fact that sponges are arguably the oldest type animal ever in existence. The study of them has often tied in with the study of how all life on Earth originated. That makes the study of their movement all the more significant, because it pretty much creates a baseline of how carbon-based lifeforms thrived in the crazy environment before organic life appeared.

When a sponge is stationary, it secures its hold by tiny skeletal structures on its body called spicules. But when a sponge decides to move, it actually starts breaking off these spicules as it contracts and expands its way towards its destination.

Naturally, this is very slow. In fact, further up the surface, some sponges would spend their entire lives staying in the same spot if they could help it. And as for the few species that are willing to make the shift, most barely go beyond more than a few millimeters per day. Still, the recent clips from the Arctic deep do show long, winding trails of broken spicules and indicate that these sea creatures can at least move constantly.

Price Paid for This Sponge Movement

While this unexpected movement is quite remarkable for all that this implies, scientists now claimed that this unexpected movement come at an alarming price. The sea sponges can be compared to honeybees that rip off part of their abdomen after stinging someone, the sponges would appear to also rip off their spicules as well just to make this movement. Fortunately though, unlike with honeybees,  this process does not appear to kill the resilient creatures.

The next question though is: What exactly is driving these sponges to move?

Until now, the best guess for most experts has been to avoid poor environmental conditions or to reproduce. But according to the researchers who submitted the deep sea sponge video, neither appears to be the case as to why the sponges they are observing are constantly on the move.

They do have one fascinating theory though: it is quite possible that the trail of leftover spicules are actually being used as an extra food source for younger sponges. After all, the deepest part of the ocean is not exactly known for being rich in nutrients. There is no algae to feed on and plankton are a bit scarce. Feeding on leftover bits from older sponges makes a bit of sense.

Still, that is just their latest guess and they are definitely keeping a close eye on these little critters in every move they make.