Aurora Borealis 2021: How to Watch the Gorgeous Northern Lights Display in Saskatchewan

As of the end of April this year, citizens of Saskatchewan and other far northern parts of the world could expect more sightings of the famous aurora borealis.

Auroras are the result of solar wind interacting with Earth's magnetic field. The different, beautiful colors people see are the reactions of charged particles from the sun interacting with other elements in the atmosphere. Green and red lights are generally from reactions with oxygen, while the rare sight of purple is actually from the presence of nitrogen.

The rise is also linked with the sun's solar cycle, where changes in its magnetic field result in increased activity on the sun's surface (while also switching its magnetic poles). These activities include the appearance of sunspots as well as an increase in solar wind activity.

To date, the current solar cycle is already four years away from achieving solar maximum (when the sun is more or less covered in sunspots). On the other hand, it has been suggested that this solar cycle could even be moving ahead of schedule. 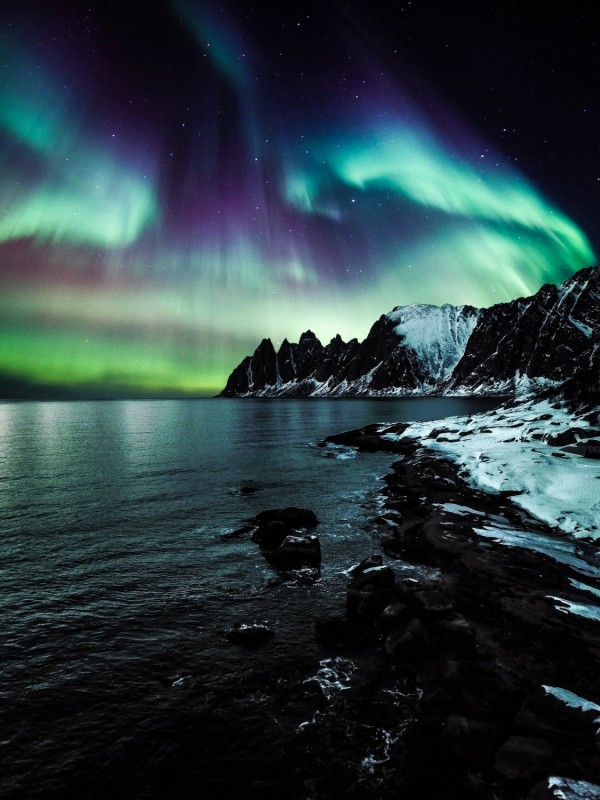 Best places to see them in Saskatchewan skies

On another note, those who have always wanted to see the aurora borealis will not have to look far in place like Saskatchewan. Reports and photographer's accounts all confirm that the recent sightings of the northern lights could be seen in just about any place outside cities.

Still, for those new in town, some of the best kinds of getaway spots include:

Mountain trails - Whether you are taking the Meewasin Valley Trails or hiking somewhere further north of town, these paths offer a great opportunity to take in the mountain scenery on a hike, all while the aurora shimmering above.

Docks - If relaxing riversides are more of your thing, then heading to some of the spots along the Fon du Lac River would be a great idea. The aurora's reflection on the water's surface is really a sight to behold.

Peaks - If you want something a little more adventurous, then you can climb all the way up to the nearest snow-capped peak. This brings you closer to the aurora borealis far more than most people (but you definitely have to be prepared).

Open fields - North of the city of Saskatoon, there are plenty of wide open spaces where people drive out to see the auroras. If all you want is to see one after a long drive out of the city, then these spots are perfect.

Aurora borealis in other parts of the world

Of course, there are plenty of other places around the world where the northern lights make a crazy addition to the scenery.

For example, one recent photograph shows a northern light event happening right over a volcanic eruption in Iceland! In Greenland, photographers from miles around come to capture the sight of the auroras floating over the icebergs.

And with the solar forecasts saying more activity will mean more of these sights, the next few years could be a big opportunity for northern light chasers.