High Hopes, a German-Israeli company has made recent headlines. Whereas other carbon capture concepts focus on large suction farms extracting CO2 from the ground, they want to take the action all the way up to the stratosphere (literally).

Over the years, the threat of climate change has steadily given rise to more companies dedicated to innovating technologies that reduce the global carbon footprint.

However, some of the most ambitious ones go beyond simply reinventing machines and materials so that they do not contribute to carbon emissions. They want to go full-on carbon capture.

Carbon capture has been the go-to phrase to describe any tech initiative centered on removing atmospheric CO2 en masse, thereby giving humanity a more direct hand in the reduction of greenhouse gases.

Using a hot-air balloon retrofitted with its own carbon capture tech, High Hopes' concept is to extract CO2 at colder temperatures and bring it back to the ground for storage. The goal was to workaround the vast amount of energy still required in currently existing carbon capture technology.

For now, the standard process for carbon capture facilities requires large amounts of energy to extract the carbon and transport it to other areas designed to turn into a usable good. Others are installed next to power plants in their own attempt to reduce emissions without having to close down. 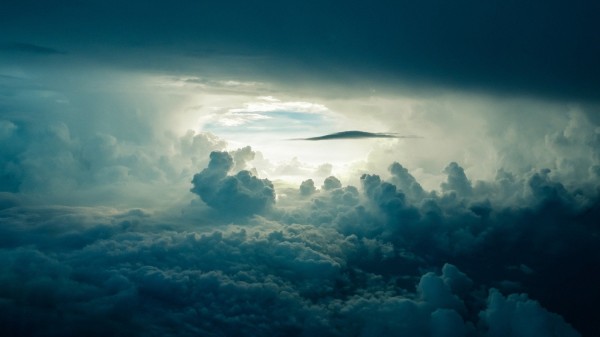 (Photo : Photo by Free-Photos from Pixabay)

From the perspective of High Hopes' developers, such systems are too costly and even counterintuitive. They argue that the use of balloons to collect CO2 more directly is far more cost-efficient as it uses the natural temperature of the stratosphere to do the intensive work of factories on the ground.

To demonstrate its proof-of-concept, it estimated that the production of their units would reduce the carbon capture costs to $100 per ton of CO2. Currently, the cost of regular carbon capture measures to more than five times that amount.

This April, environmental advocates commemorate Earth Day by continuing to urge climate action in numerous industries. This, in turn, has driven more carbon capture startups to find more ways that their stockpile can be reused while staying carbon neutral (or even achieve carbon negative status).

For High Hopes, they are still exploring avenues by which they can sell their carbon stores (usually to sustainable manufactures). Other companies like Climeworks are also finding innovative ways to release carbon in an environment that results in natural materials (such as creating stone by releasing carbon into basalt reserves).

However, many experts insist that the need for such technology only highlights just how serious the threat of climate change has already become. Some studies are already estimating that even in a world with zero emissions, temperatures will still continue to rise unless more proactive steps are taken with greenhouse gases.

In other words, the clock is ticking and policy makers will undoubtedly face a world where new ways to reuse carbon are going to be an unavoidable facet of tomorrow's technology.