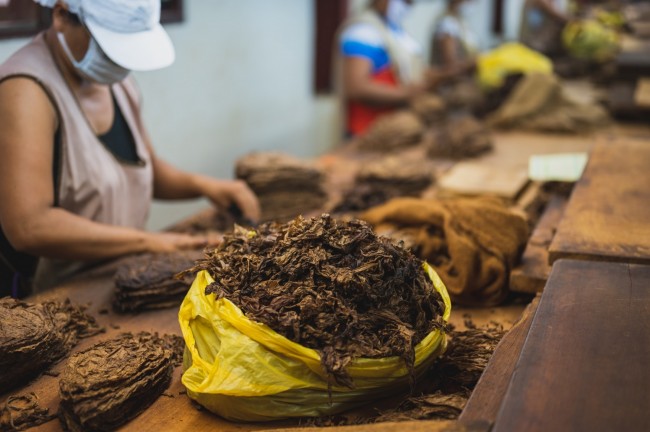 In an interview conducted by Technology Networks to the Scientific Research Director of British American Tobacco (BAT), David O'Reilly, PhD, it was confirmed that there was an undergoing preclinical testing for COVID-19 vaccine using tobacco plant as a "biomanufacturing factory."

This simply means that tobacco plants were being used as a vessel where a key protein from the coronavirus is being processed so that it can be used in developing a vaccine. Kentucky BioProcessing (KBP), the BAT's US bio-tech subsidiary, also known for their successful development of treatment for Ebola, is the one conducting this procedure.

The use of tobacco plants as a processing unit for extracting key proteins were proven to be more efficient and cost-effective compared with other traditional biomanufacturing methods.

Aside from that, KBP claims that it also produces faster results as it only takes approximately 6 weeks of production cycle compared to other methods which takes more months to complete.

Furthermore, Kentucky BioProcessing (KBP) made sure to have used authorized technologies and machines to extract these target proteins from the fast-growing tobacco plants. To simplify the KBP's approach, they clone a portion of the genetic sequence from the coronavirus antigen and insert the said sequence to the tobacco plant, where the plant takes up its instructions.

They then go through extraction and purification process and at the end of the cycle, it was concluded that the antigens were refined and ready to undergo preclinical testing.

The procedure itself in developing tobacco plant-based vaccines were complex, as it normally should. Just like other vaccines, they undergo testing and approval process, as well as developing safety measures and continuing formal and informal consultations among government agencies and third-party manufacturers.

KBP has expressed their willingness to seek help from these partners, not just from US but also from out of the country, as they are open for collaboration. These collaborations will not just help expedite the clinical process, but will also assist them with the resources, the physical space being one of them. BAT also stated that through the stakeholder's assistance, a dose of 1-3M per week can be made.

Tobacco plants are said to produce way safer and faster results than conventional methods because of its elements and composition being plant-based. In addition, it does not cause harmful side effects as it cannot host disease-carrying pathogens.

KBP also stated that the vaccine they are formulating costs less than most traditional methods. The tobacco plants can be grown in controlled room temperature and does not necessarily require refrigeration, making it easier to distribute.

They have also confirmed the tobacco plant-based vaccine to be considered GMO. During harvest, only the antigens and Tobacco Mosaic Virus scaffold are being kept and the tobacco plant is discarded. The new antigen identified in the process develops into a final vaccine that can be evaluated through preclinical and clinical studies to determine the safety and efficacy